GdS: How Milan may line up against Sampdoria – five summer signings could feature

We are now less than three weeks from the start of the Serie A season, as AC Milan will travel to face Sampdoria on Monday August 23 to begin their league campaign.

According to a video from La Gazzetta dello Sport (via PianetaMilan), new signing Mike Maignan is likely start in goal as expected, while Theo Hernandez will be at left-back and Simon Kjaer at centre-back. Another summer addition (after his loan) should get the nod in Fikayo Tomori, while the right-back spot will be a battle between Davide Calabria and Alessandro Florenzo, who is set to arrive in the coming days.

A midfield double pivot of Ismael Bennacer and Franck Kessie is anticipated, with Alexis Saelemaekers pencilled in on the right wing but with the possibility of Florenzi starting there. Brahim Diaz and Olivier Giroud – two other summer signings – will be the No.10 and centre-forward as things stand, with Zlatan Ibrahimovic injured. 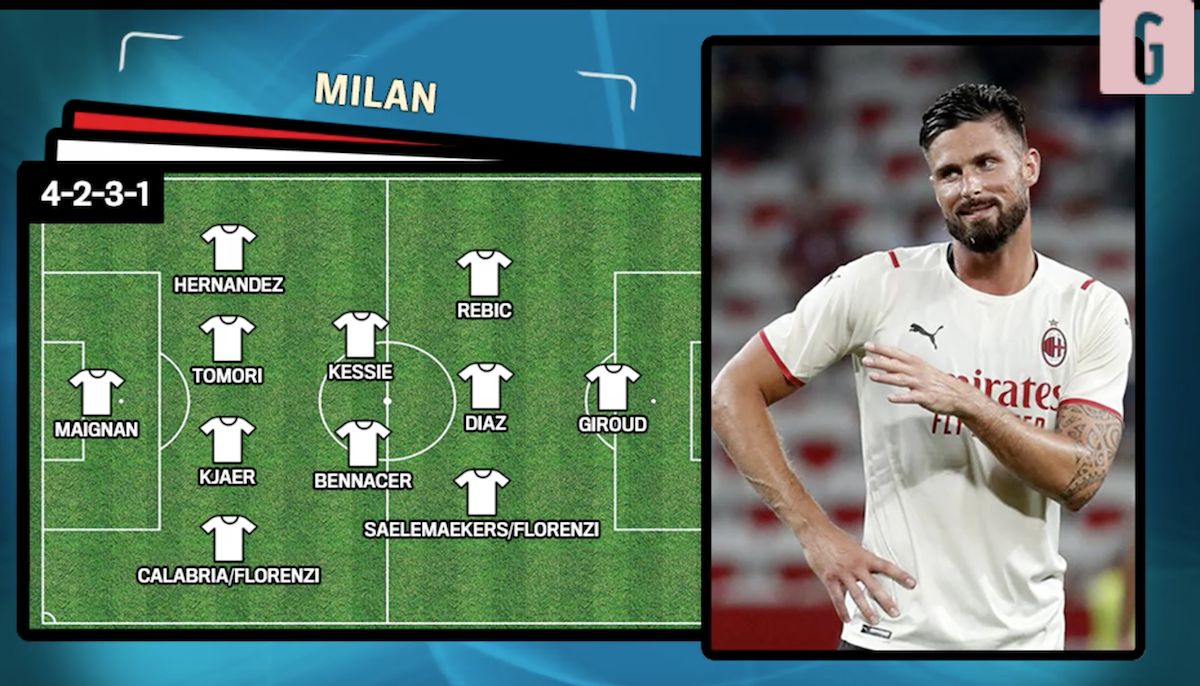