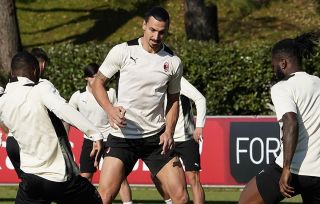 GdS: Ibrahimovic finally returns – he and Giroud will be available against Verona

AC Milan head coach Stefano Pioli will welcome Zlatan Ibrahimovic back into the fold ahead of Saturday’s game against Hellas Verona.

According to La Gazzetta dello Sport (via MilanNews), Ibrahimovic has returned to training with the rest of the squad and is therefore ready to re-enter the squad for the game tomorrow evening against Verona, where the Swede will be on the bench.

The real target is the next Champions League match scheduled for Tuesday evening against Porto in Portugal. His return will be managed as he has played just 30 minutes against Lazio this season, scoring a goal in that time, and he does not have 90 minutes in his legs yet.

Olivier Giroud will also be back for the match against Verona as he has fully recovered from his back problem during the two weeks of rest for the international break. He is likely to start the game up front alone.

READ MORE: Giroud discusses ‘overcoming difficulties’ and why he has ‘always admired’ Milan