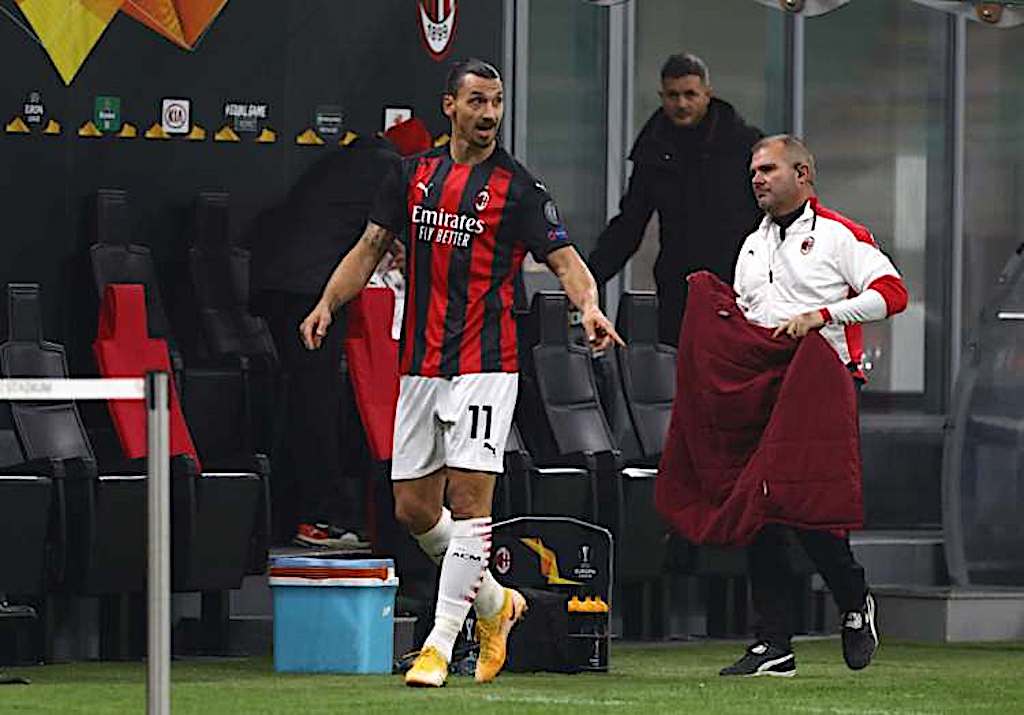 GdS: Ibrahimovic in expletive outburst after being subbed vs. Lille but Pioli is not worried

Even Zlatan Ibrahimovic could not rescue Milan from a dismal 3-0 defeat to Lille on Thursday night, and the striker appeared angry at that fact.

Ibrahimovic received a score of 4.5 out of 10 in our player ratings, with the following comment: “Surprisingly quiet, although the Swede did win a few duels and tried to set up his teammates. He seemed very frustrated, though, and ultimately we didn’t get to see much from him this evening.”

According to La Gazzetta dello Sport (via MilanLive), Ibrahimovic is the first not to accept such a performance for him and his team-mates, and in the 62nd minute when he was replaced by Ante Rebic he did not take it well.

The paper claims that he continued to swear and complain during his exit from the field, showing his anger, but Pioli is not worried about the reaction at all.

“I don’t know what Ibra said, I didn’t hear him. But certainly he was angry with the team and with himself for the performance. He couldn’t be satisfied,” he said.

Ibrahimovic will have a chance to put things right on Sunday night when Milan welcome Hellas Verona to San Siro.