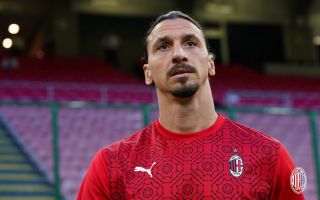 GdS: Ibrahimovic proves his worth to Milan again – his renewal is in the hands of Raiola

Zlatan Ibrahimovic seemed to prove once and for all the age is just a number with his impact since arriving at AC Milan.

As La Gazzetta dello Sport reports on Sunday (via MilanNews), Ibrahimovic’s performance against Cagliari on Saturday night was far from perfect as he missed an easy chance and a penalty, but he was still the protagonist scoring an amazing second goal.

The paper adds how even at 38, Zlatan is a coach on the field, a player able to talk with the referees and remove pressure from his team-mates and – most importantly – he is able to make match-winning contributions.

Ibrahimovic, like the rest of the squad, will now on vacation. The negotiation with the club for the renewal of his contract is in the hands of Raiola: the economic part is important, but the impression is that Zlatan really wants to stay, even at the cost of having to reduce his salary demands.

The important thing is that he has to have fun and, above all, be at the centre of the project. Paolo Maldini’s words before the game suggest that he will be exactly that.