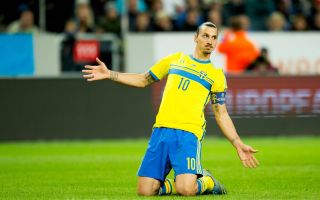 GdS: Ibrahimovic set for remarkable Sweden return ahead of Euros this summer

Five years after retiring from the Swedish national team, Zlatan Ibrahimovic could make a remarkable return. The 39-year-old has impressed with Milan this season and is up for yet another challenge.

As reported by Gazzetta Dello Sport (via MilanNews), Ibrahimovic has set his sights on the Euros, which will take place this summer. Sweden did well to qualify for the tournament but have struggled to score as of late (in Nations League).

Ibrahimovic has set aside the ‘cold war’ with the Swedish federation and head coach Janne Andersson, who has always been very clear that he doesn’t have any issues with the striker. The two, in fact, have had a meeting to clarify things.

The conditions, therefore, has changed and as long as Ibrahimovic can stay healthy, he will most likely be called up by Andersson. As mentioned, it would be a remarkable return and would obviously improve the Swedish attack.

READ MORE: Milan target will leave Fiorentina in the summer as contract talks break down