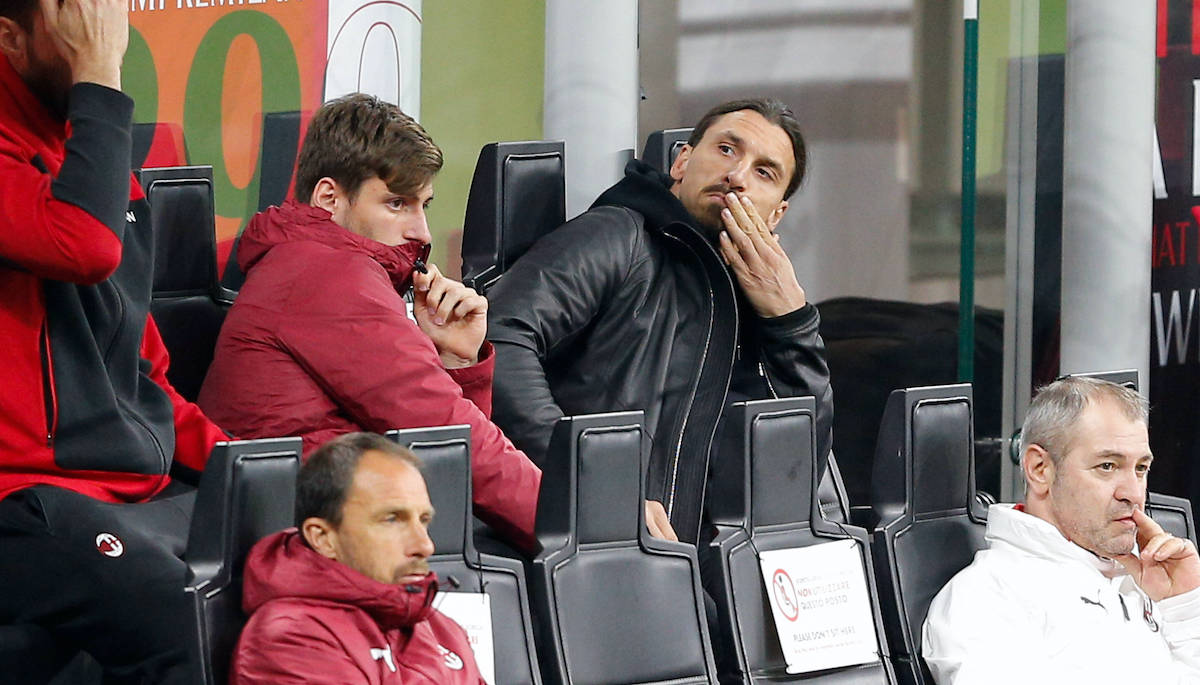 GdS: Ibrahimovic still Milan’s leader and motivator – how he will help Milan while injured

The fate of AC Milan’s entire season rests on Sunday night’s trip to Bergamo to face Atalanta, and Zlatan Ibrahimovic knows that more than anyone.

As La Gazzetta dello Sport writes (via MilanLive), the Rossoneri will have to do without Ibrahimovic again as the Swede got injured against Juventus and has been forced to sit out not just the rest of the season but the European Championships as well.

Despite the physical problem, this week Ibrahimovic will behave as if he had to prepare for the match as he will play a role as leader and motivator of the team. He will do his recovery therapies and then follow the training of his team-mates and the matches they play at Milanello.

He will be included in the team group in Sunday’s schedule too as he wants to be close to his comrades on the pitch, and not in the stands with the management. The 39-year-old wants to make his support and indications heard, but as always he will leave the final word to Pioli, especially in the locker room.

READ MORE: Milan have no intention of sacking Pioli – the idea is to maintain continuity