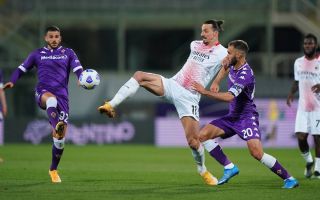 GdS: Ibrahimovic takes Milan by the hand – the leader charges the team and achieves another record

Zlatan Ibrahimovic started his first game for Milan in a few weeks and it is perhaps no coincidence that the goals came in a batch.

Yesterday against Fiorentina the Swede returned to the starting line-up and Milan returned to winning ways after two defeats in a row against Napoli and Manchester United. The Rossoneri have shown several times that they can do well with injury problems and without Ibra, but in such a delicate moment it is much better to have him than not.

As La Gazzetta dello Sport reports this morning (via MilanNews), Ibra is back to making Milan great and in the post-match he declared that he still believes in the Scudetto. Ibra – before the kick-off – gathered his team-mates in a circle and charged them for the match, and on the pitch he was a leader as he scored the opening goal and was a point of reference.

The 39-year-old will today travel to join the Swedish national team after almost five years away, and he does so having achieved another record: he is the first Milan player to have scored at least fifteen goals in his first fifteen appearances in a single league season.