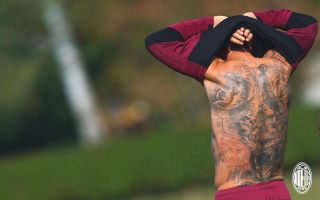 GdS: Ibrahimovic under investigation over Bethard involvement – the most likely outcome

Zlatan Ibrahimovic has found himself at the centre of a storm off the pitch over his alleged involvement with a betting company.

This violates the FIFA and UEFA code of ethics, which prohibits players participating in their competitions from having financial interests in companies of this type. Yesterday, UEFA confirmed that they have opened a disciplinary investigation into Ibrahimovic over his involvement in a betting company.

As reported by La Gazzetta dello Sport (via MilanNews), for the moment the idea that Ibrahimovic could be excluded from international competitions – having violated article 12 which prohibits athletes from participating directly or indirectly in betting activities – appears quite remote.

Instead, the Swede is more likely to be fined as per the newspaper but Milan are being kept informed on the situation and the outcome of the investigation.