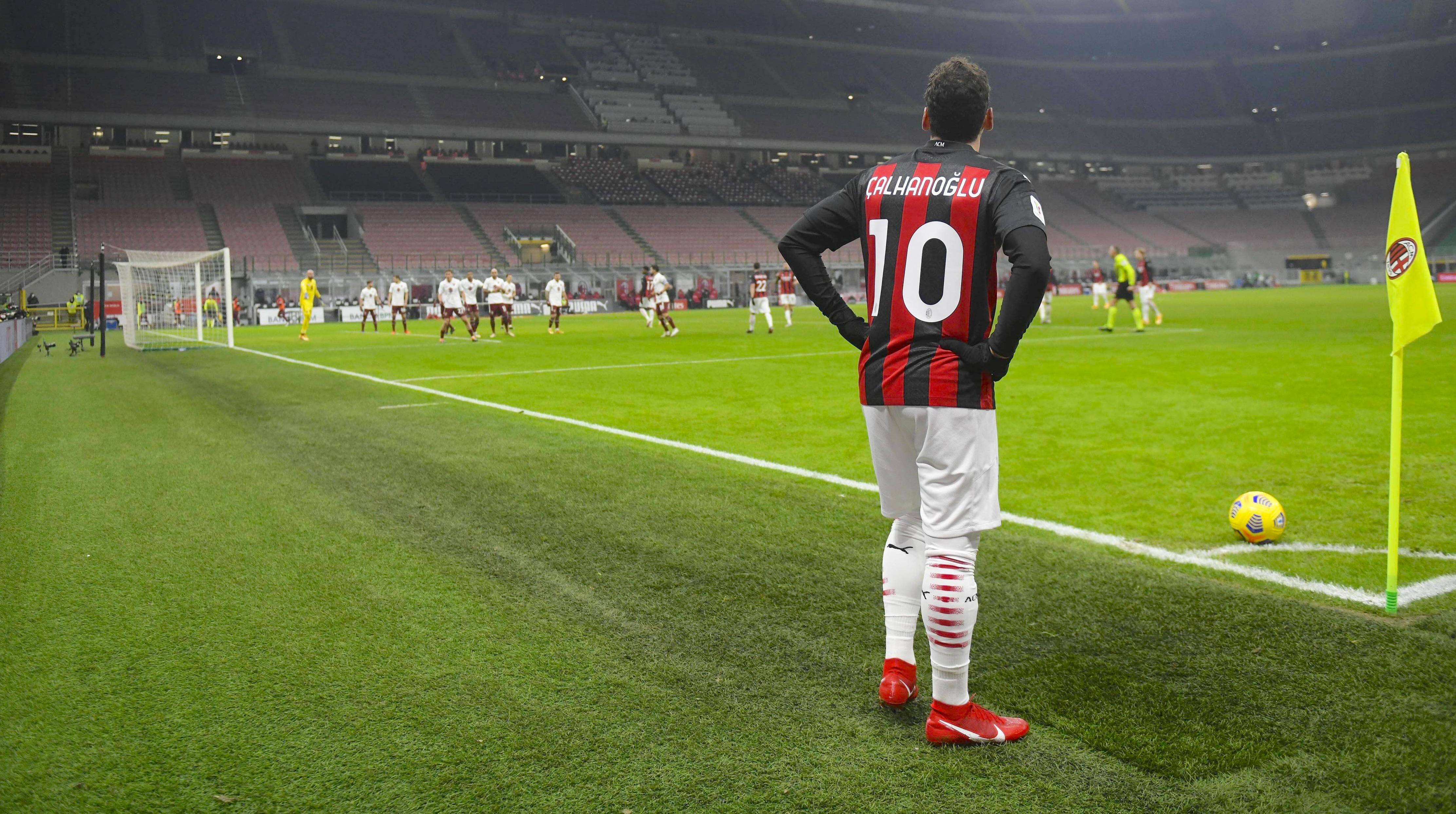 The future of AC Milan playmaker Hakan Calhanoglu has never been so uncertain given his contract expires in two months, a report claims.

La Gazzetta dello Sport notes how so far Calhanoglu has 4 goals and 8 assists in the league this season with an average score of 6.15 out of 10 in the paper’s player ratings across the current campaign. Inconsistent performances have been the product of physical problems (first Covid, the injuries) and the team’s overall struggles.

Calhanoglu’s agent is trying to net his client a €4m net per year pay rise – astronomical given his inconsistency – but his future at Milan is linked to Champions League qualification. They add that the mood of the Turkey international ‘is not that great at the moment’ because of the many criticisms he has received.

He recently posted the goal he scored against Sassuolo on Instagram, with the caption: “When these people talk too much.” On the pitch he had some disagreements with Ibrahimovic, and it is not easy for his attacking team-mates to absorb the criticism from the Swede all the time, although they know very well that his intent is to encourage them to perform at the top level.

Juventus have always appreciated Calhanoglu’s talent meanwhile, and in recent months there were rumours of possible interest. If he were to leave Milan on a free, in the summer he could be a name to be evaluated, but these are premature speeches for now especially in view of Sunday’s direct clash.