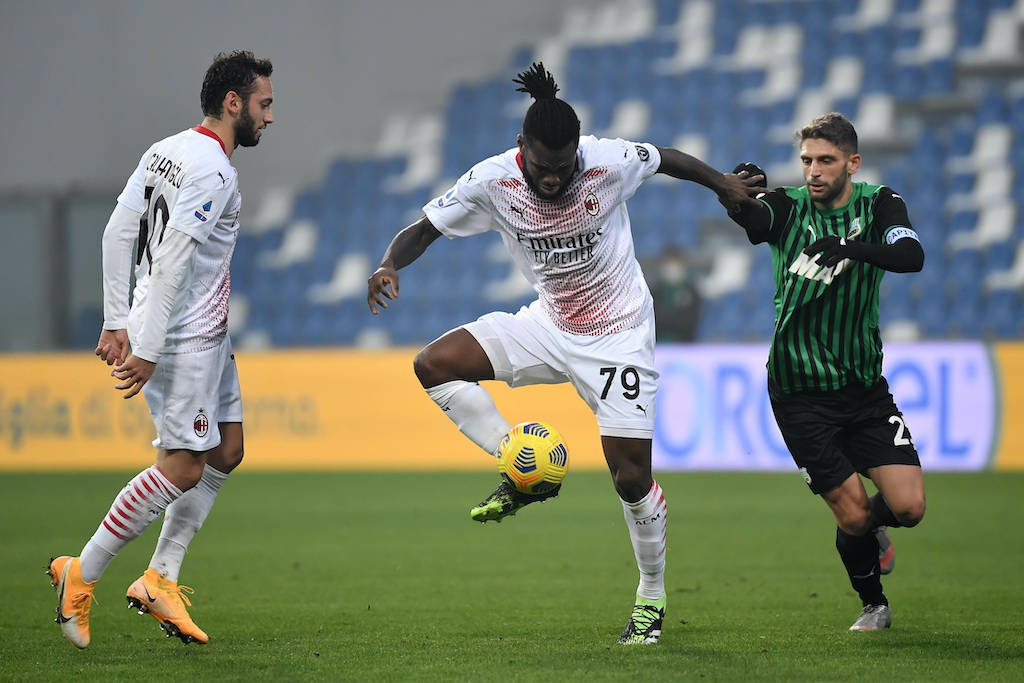 GdS: Kessie out and Tonali in doubt vs. Lazio – Pioli must become a miracle worker again

It is becoming an unfortunate trend that AC Milan head coach Stefano Pioli seemingly has to battle a new injury every single week.

As La Gazzetta dello Sport reports (via MilanNews), by virtue of necessity Pioli will look for a solution against Lazio, when he will also have to do without Kessié as well as Ismael Bennacer, Zlatan Ibrahimovic, Simon Kjaer and Matteo Gabbia. Sandro Tonali and Ante Rebic could also be added to the long list of absentees.

Pioli will therefore have to invent a new midfield, but if Tonali does not recover the choice would be obligatory: Hakan Calhanoglu would be in the double pivot with Rade Krunic, the man certain of a starting shirt.

In that case, Brahim Diaz would be confirmed behind the striker Rafael Leao, with Alexis Saelemaekers and Jens Petter Hauge on the right and left wing respectively.m

TRUST – In short, total emergency. Which could even get worse if, as mentioned, in addition to Tonali, Rebic were to forfeit. And yet, despite everything, the usual serenity filters through the Pioli staff: “We’ll invent something”. So Milan seems confident, but will the coach, who has already performed many miracles of balance, be able to do without the fundamental Kessie? This is the most difficult challenge.