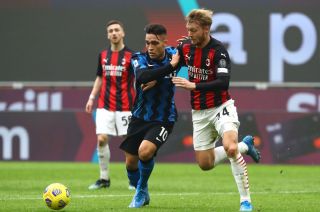 GdS: Kjaer also in the ‘blender of criticism’ – the Dane has lost sharpness due to injuries

AC Milan are not only struggling at the back because of Alessio Romagnoli’s difficult patch of form as Simon Kjaer is also struggling, a report writes.

Romagnoli has been heavily criticised by fans and by the media for his display against the Nerazzurri in which he looked to be suffering from a lack of confidence, allowing Lautaro and Romelu Lukaku to have a field day.

According to this morning’s edition of La Gazzetta dello Sport however (via MilanNews), Kjaer’s performances have also dropped in the most recent period. The Danish defender has rightly been given lots of praise since his arrival in January 2020, but he has now also ended up in the blender of criticism.

Even Kjaer has lost the sharpness and level of performance that fans and team-mates have become accustomed to. The recent injuries have taken away his continuity too, and he has no longer managed to be the man of positioning and the formidable stopgap who protected the rearguard.