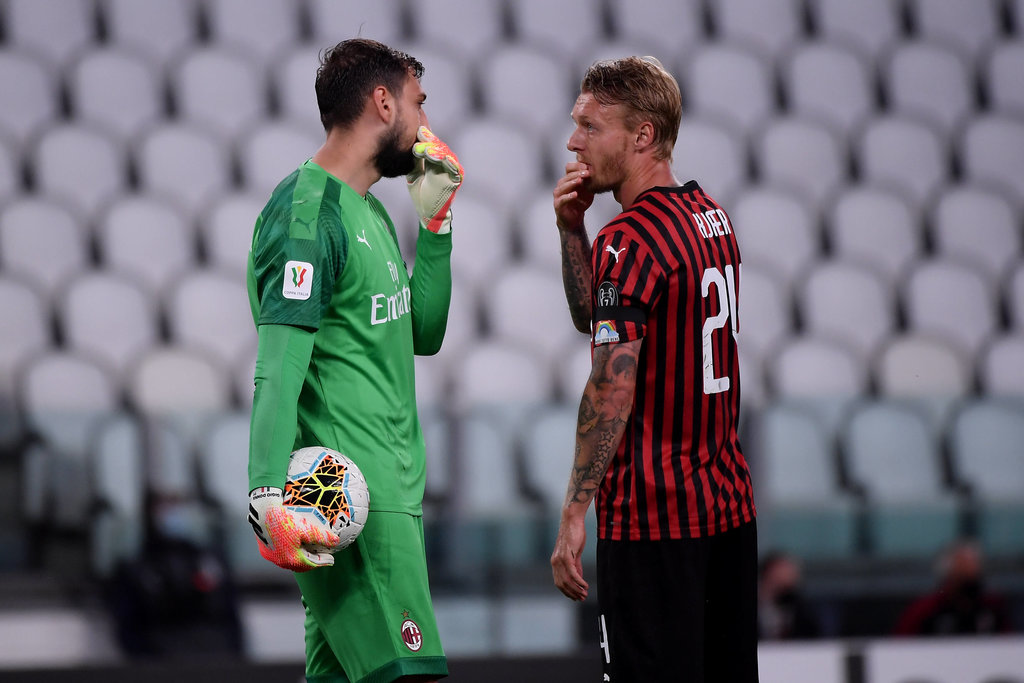 GdS: Kjaer could recover in time for Milan-Roma – the latest on his condition

Simon Kjaer was forced to leave the clash against Lecce early, not being able to carry on due to an injury. Although Milan had a replacement in Matteo Gabbia, the former Atalanta man’s absence was felt.

The Danish international has performed well alongside Alessio Romagnoli, especially since the league was resumed. Therefore, it was a shame to see him suffer an injury last time out, having done so well at the start of the game.

According to Gazzetta Dello Sport (via MilanNews.it). Milan’s medical staff are hopeful that Kjaer can be back in time for Sunday’s clash against Roma. He suffered a bad trauma against Lecce but is improving day by day.

Should he fail to make it, then Stefano Pioli will field Gabbia or Leo Duarte. The latter just recently returned from an injury himself and thus might not be the best choice, so for now the Italian youngster is in pole position for a spot in the starting eleven.