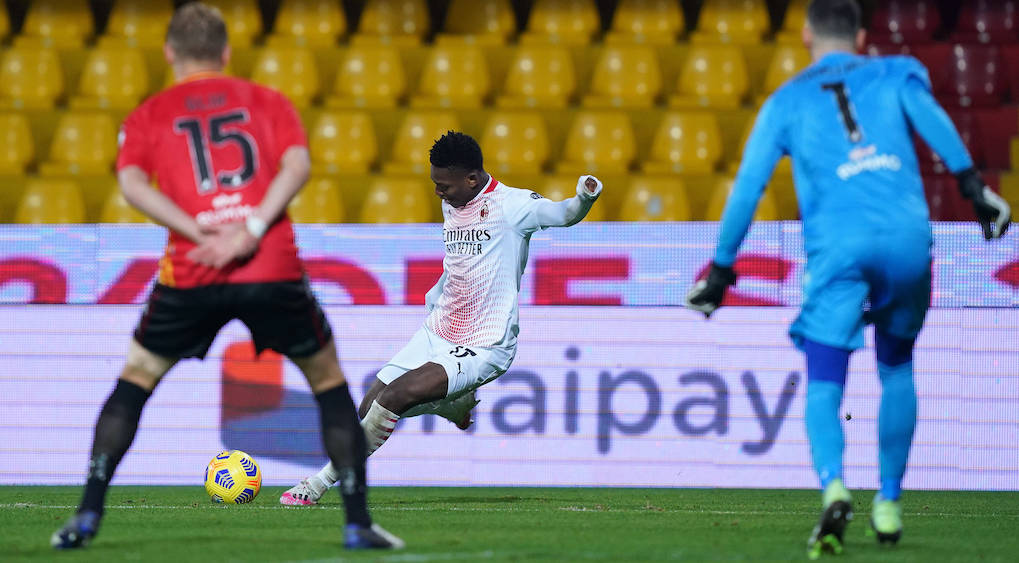 GdS: Leao leads Milan without Ibrahimovic – the management are sure of his potential

AC Milan got 2021 off to the best possible start as they won their first ever Serie A game against Benevento at the third time of asking to stay top.

As La Gazzetta dello Sport reports (via MilanNews), some might have been tempted to take Rafael Leao off at half-time during the game after Tonali’s red card, which left Milan with a numerical disadvantage. Stefano Pioli, on the contrary, did not take into consideration removing the Portuguese forward from the game and in the end he was right.

Leao continues to show what Zvonimir Boban saw in him and his potential is enormous. The common belief is that he has not yet shown everything that he is capable of and given that he is only 21 years old, that could be quite scary.

He will lead the attack against his compatriot Cristiano Ronaldo and Juventus on Wednesday too, with Ibrahimovic injured.

Yesterday’s goal against Benevento was a real gem born from not giving up on the ball, showing speed, trickery and finally composure to net with an excellent finish.

“I have to thank Pioli, I’m learning a lot from him,” he said after the game. His growth path is still very long, but the management increasingly convinced that they have a potential champion in their hands.