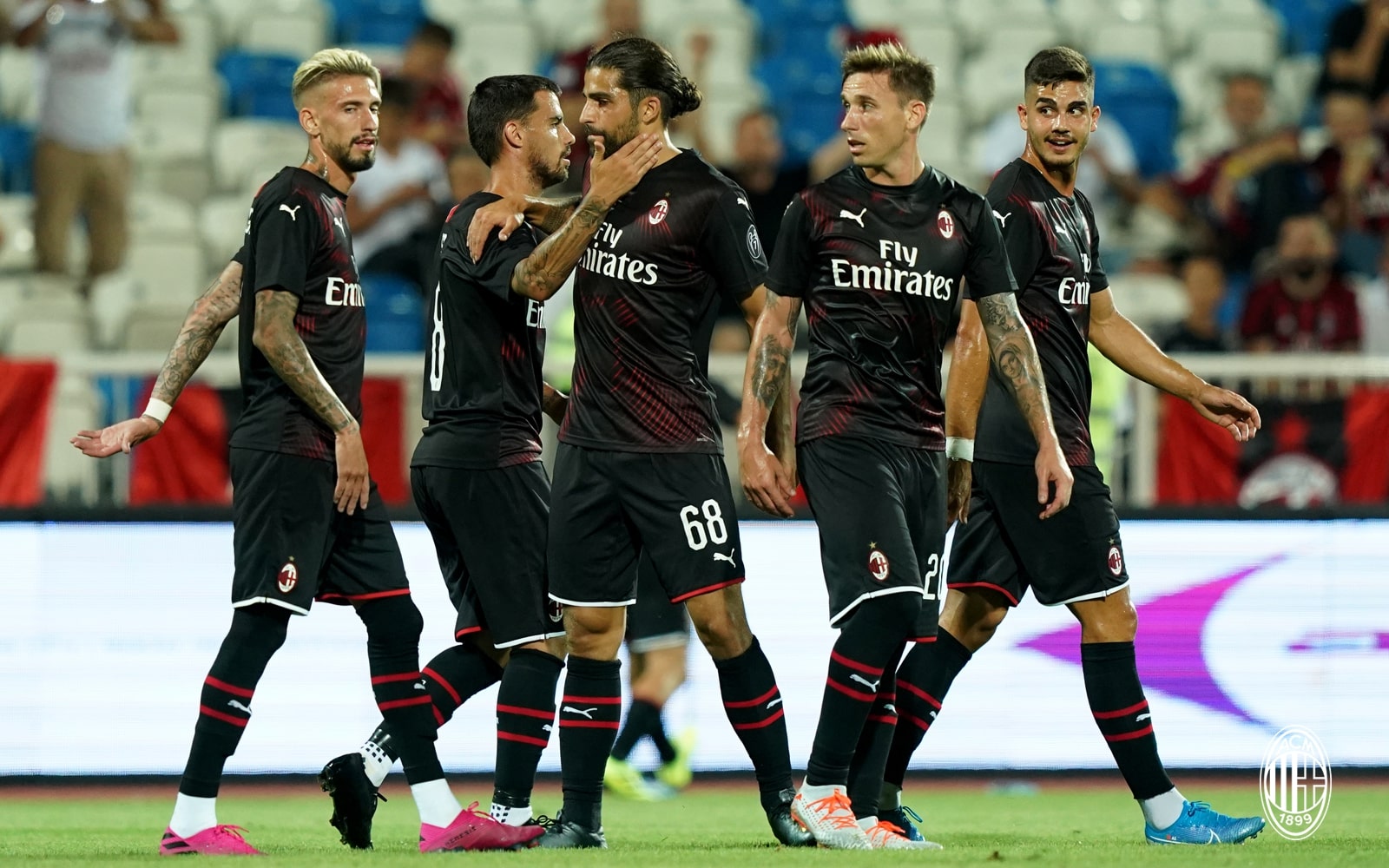 AC Milan look set to field a 4-3-2-1 formation against Brescia in their first home game of the season, according to a report.

Rumours have been rife all week that head coach Marco Giampaolo will switch formation from his favoured 4-3-1-2 after just one competitive games.

After promising signs in preseason games against Benfica, Manchester United and Feronikeli, it all fell apart against Udinese on Sunday.

The Rossoneri failed to register a single shot on target at the Stadio Friuli as they fell to a 1-0 defeat in the opening game of the season.

Giampaolo told Sky Italia after the game (via Football Italia) that he is considering scrapping the 4-3-1-2 system.

Now, Friday’s edition of La Gazzetta dello Sport claim that the system will in fact change to a 4-3-2-1 ‘Christmas tree’ formation, like the one used by Carlo Ancelotti.

The back four will remain the same from the game in Udine, while Franck Kessie, Ismael Bennacer and Lucas Paqueta will occupy the midfield.

Suso will return to a more natural role of right sided playmaker, with Giacomo Bonaventura also set to start in behind Krzysztof Piatek.