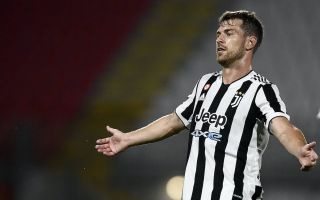 AC Milan’s hunt for an attacking midfielder continues, and the new idea that has emerged is Aaron Ramsey of Juventus, according to a report.

According to this morning’s edition of La Gazzetta dello Sport (via MilanNews), the Rossoneri are looking for a profile with different characteristics – both physically and technically – to Brahim Diaz. The Spaniard is a player who knows how to act between the lines, but a player that offers more balance is needed, and Aaron Ramsey has also appeared on the list of targets.

The Bianconeri need to thin out the squad and get rid of big salaries, so the idea of a loan move to Milan has emerged. The Welshman wants to redeem himself after two less than positive seasons in Turin, he would fit well with Stefano Pioli’s tactical project and CEO Ivan Gazidis knows him very well from his time at Arsenal.

The midfielder’s contract benefits from the growth decree, taking advantage of a 50% discount on taxes, meaning his €8m net salary only weights €12m gross on the budget. By getting Ramsey on loan, Milan would spend €6m gross, so it would be a low cost deal.

READ MORE: Giroud and Leao under the microscope for Milan ahead of Valencia friendly