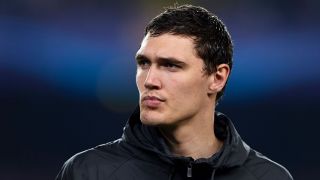 AC Milan are in desperate need of defensive cover and are reportedly considering making an offer for Chelsea’s Andreas Christensen.

La Gazzetta dello Sport though reported on Friday morning though that Paolo Maldini and Zvonomir Boban are at work to address that issue and have identified two potential targets.

The paper claims that they have given up on Barcelona’s Jean-Clair Todibo, and that Simon Kjaer is now the hottest name in terms of a potential signing, while Christensen is also a target and it cannot be excluded that Milan sign both in the end.

Now, the same outlet have offered an update on the latter (via MilanNews.it), by stating that Maldini and co. are considering a bid on the basis of a loan until the end of the season with an option to buy.

La Gazzetta describes Chelsea as ‘perplexed’ by the idea, implying they still haven’t made a decision on the future of the 23-year-old.