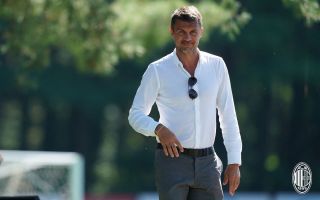 GdS: Maldini speaks to squad and individual players at Milanello – his message to them

AC Milan technical director Paolo Maldini wanted to make his presence felt at Milanello this week and held individual talks with some players, a report claims.

Heading into the last five games of the season, the Rossoneri have found themselves in a real battle to secure a top four spot despite having led the league for most of the season, and it seems as though the team are stuck in a rut after back-to-back defeats.

As reported by La Gazzetta dello Sport this morning (via MilanNews), Paolo Maldini spoke in recent days at Milanello both to the team as a collective and to certain individual Milan players. The message from the Rossoneri manager was quite clear and simple: nothing is lost, everyone must give their all in this season finale to qualify for the next Champions League.

It starts on Saturday night with the game against Benevento, before a crucial trip to face Juventus in Turin the following weekend.