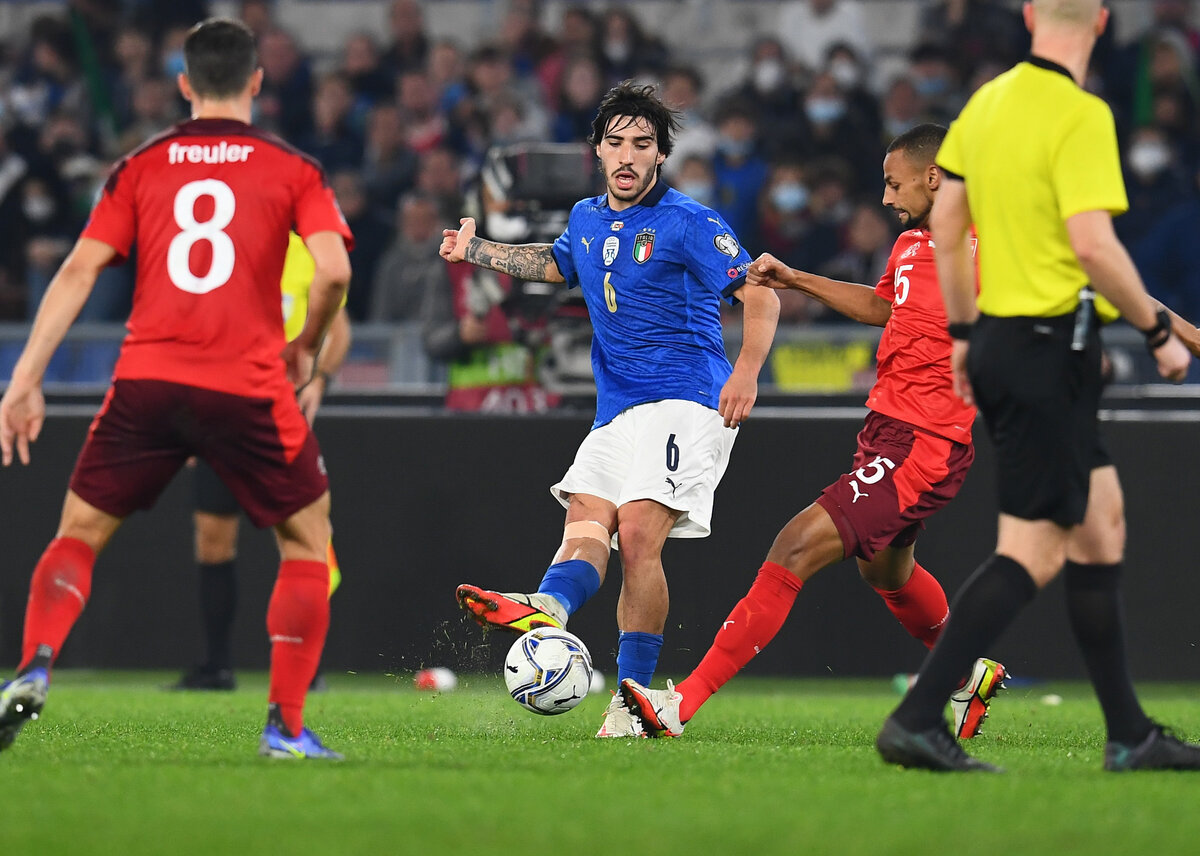 GdS: Mancini and Italy will rely on Tonali in crucial Northern Ireland clash

Tomorrow evening, Italy will have the chance to secure direct qualification to the World Cup. Although Milan vice-captain Davide Calabria has left the camp, Sandro Tonali will be present and is expected to start.

The Azzurri drew their last game against Switzerland as Jorginho missed a penalty in the 90th minute. They are still ahead on goal difference but this means that they have to equal the result of Switzerland (who will face Bulgaria) tomorrow.

As underlined by Gazzetta Dello Sport (via MilanNews), Sandro Tonali and Domenico Berardi were the ones above average against Switzerland. Not just quality-wise, but also from a psychological point of view, especially in the case of Tonali.

The two should play from start in the game against Northern Ireland, with Tonali set to replace either Barella or Locatelli. Given the start to the season the Milan man has had, it is no surprise that Roberto Mancini wants to make the most of his form.