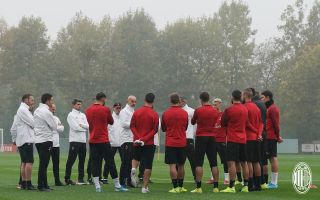 GdS: Milan a well-oiled machine missing some spare parts – an analysis of the squad depth

It may feel like AC Milan have a pretty deep and well-balanced squad compared to recent years, but La Gazzetta dello Sport have done a deep dive to explore that idea.

The paper (via MilanNews) notes how attention to detail pays off in the long run and even gaps in the squad that can seem insignificant can eventually cause major issues.

Pioli has a lot of reliable starters but not equally irreplaceable spare parts. In some positions though it must be noted that the squad does not present any real alternatives, as there is no natural left-back to give Theo Hernandez rest (though Diogo Dalot can play there as an inverted full-back if needed) nor is there anyone to replace Franck Kessie.

It is clear and evident that Milan are a team that will be propelled by their star men like Donnarumma or Ibrahimovic, who show leadership in their performances and raise the level for everyone.

However, Donnarumma’s absence against Roma was felt as Tatarusanu made an error to allow Roma to equalise in the first half. Little things like that can add up to make a big difference.

Pioli’s team is in fact united, cohesive and competitive but there are shortcomings in some roles on the pitch: a deputy to Theo Hernandez, a physical midfielder as an alternative to Kessie and a deputy to Ibrahimovic.

If they were addressed in January, it would be the icing on an already intriguing cake in itself and one that aims to continue full steam ahead towards a Champions League return.