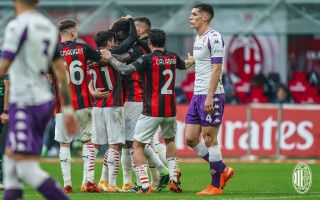 GdS: Milan and Atletico Madrid stand above Spurs and Bayern as best in Europe so far

AC Milan – thanks to Sunday’s 2-0 win over Fiorentina and Napoli’s victory against Roma – have moved five points clear at the top of the table.

Milan were able to extend their unbeaten league run to 21 games and also their lead atop the Serie A table to five points for the time being with a comfortable victory on Sunday afternoon in which a header from captain Alessio Romagnoli and a Franck Kessie penalty were more than enough.

As La Gazzetta dello Sport reports this morning (via MilanLive),  there are a number of statistics that make it clear how much Milan have really grown and should now be taken seriously.

Looking at the top five European leagues – Italy, France, Spain, Germany and England – none have the points average of the Rossoneri, apart from Atletico Madrid.

Both Milan and Atletico average 2.56 points per game compared to Bayern Munich’s 2.4 and the 2.1 of Tottenham. PSG are more cut adrift despite being first in Ligue 1, with an average of 2.08.