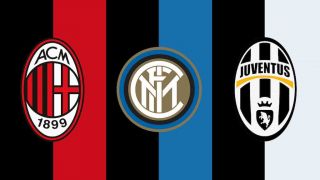 GdS: Milan and Inter score higher than Juventus for their work in the summer market

AC Milan and Inter had the best transfer markets out of the top clubs in Serie A, according to this morning’s edition of La Gazzetta dello Sport.

The paper (via MilanNews) proclaims the two Milanese sides as being the ‘queens of the market’ and assigns a rating of 7.5 out of 10 to the work carried out by the management of the two clubs.

They praise the way that the Nerazzurri have replaced their big exits but also give plaudits to Maldini and Massara for being creative on the market with a limited budget and being able to bolster the squad depth and retain key players.

Roma also did well and got a 7 out of 10, followed by Atalanta, Fiorentina, Lazio and Juventus, all deserving of a 6.5. The lowest score went to Napoli who were only able to add Juan Jesus and Anguissa to their squad in a season where the pressure is on to reach top four.

Salernitana and Venezia both got a 5.5 as the former did not reinforce while the latter went down the road of quantity rather than quality.

READ MORE: Milan, Sampdoria and Lazio all offered chance to sign Ribery as a free agent