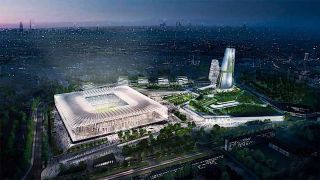 AC Milan and Inter are set to meet with the City Council on Friday to discuss four fundamental points of the new stadium project, it is reported.

This morning’s edition of La Gazzetta dello Sport (via MilanLive) writes that representatives of the two clubs will meet with Mayor Beppe Sala to clarify a number of topics in the hopes of finding a collective agreement so that the project can progress.

The first issue is the volumes, i.e. the amount that the clubs will be able to build when factoring in the development of the area around the stadium too. At first the volumetric index requested was 0.64 and then it dropped to 0.51 in an area that provides a for 0.35. The mayor has asked Milan and Inter to further reduce their demands.

Then there are the plans for the current San Siro stadium. The clubs have accepted the council’s request not to demolish it, and the new plan involves preserving roughly half of it, making it into a museum with both an indoor and outdoor space.

The winning project will also be talked about, with Italian firm Manica and American giants Populous competing. The specification is the following: 60,000 seats, of which 12,500 are premium and a cost of around €650m for three years of construction.

Finally, there is the impact of demolition as 754,000 cubic metres of excavated material should leave the construction site, so the area will be subjected to the passage of over 70,000 trucks for over 153,000 trips. The environmental impact and the ‘fine dust’ that is likely to envelope the area must be discussed.

READ MORE: Milan face a trio of games that will help determine their Scudetto potential