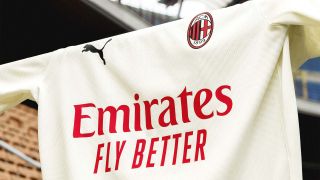 GdS: Milan behind Inter and Juventus in Serie A shirt sponsor revenue – the top six ranking

AC Milan have the sixth-highest shirt sponsorship deal in Serie A with the airline Emirates, according to a report.

This morning’s edition of La Gazzetta dello Sport (via MilanLive) writes that Inter are ready to announce the new main sponsor who will take over from Pirelli on their shirts and it will be Socios.com, already a partner of Milan and other European teams.

They will earn around €20m per year should from the deal which puts Inter in third position in Serie A for revenues from their main shirt sponsor. Juventus are top as Jeep pay €45m per year, and Fiorentina are second with Mediacom paying €25m per season. These two clubs are sponsored by companies linked to their respective owners, a factor definitely worth considering.

Sassuolo are fourth in the ranking with €18m and the same applies to them as Mapei are their sponsors, the company that their owners the Squinzi family own. Fifth position in this ranking occupied by Roma who have DigitalBits at €12m per year.

Emirates pays about €10m per season to the Rossoneri in fixed amount, but there are substantial bonuses linked to the team’s sporting results. Milan renewed their contract with the Dubai airline in 2020, extending a partnership that has lasted for over ten years until 2023.

The top six Serie A ranking: