News continues to emerge suggesting that AC Milan are interested in bringing Tiemoue Bakayoko back to the club from Chelsea.

According to La Gazzetta dello Sport, Bakayoko would be happy to come to the training camp on 8 July as a new Rossoneri player, having formed a bond with the club during his time on loan previously. The Blues first sent him to Milan in 2018-19 but the €35m needed to keep him were judged excessive by Maldini and Gazidis. He was loaned to Monaco and then to Napoli, and with his contract expiring in 2022 it seems the time to move on is near.

If he were to join Milan again, Franck Kessie would certainly be happy to welcome back a friend while the management try and negotiation his renewal. The farewell of Hakan Calhanoglu – a very close friend of Kessie – will not have put the Ivorian in a good mood, but having Bakayoko next to him would help him find his smile again.

However, Bakayoko’s return would add other question marks on the Tonali issue. It is clear that Milan esteem the Italian and have confidence in his potential, despite a first season that was mixed, but at the moment the negotiation with Brescia is on stand-by and signing the Frenchman would mean further reducing the space for the No.8. In a season in which the club will return to the Champions League though, four high-level players in front of the defence would be a great thing for Pioli. 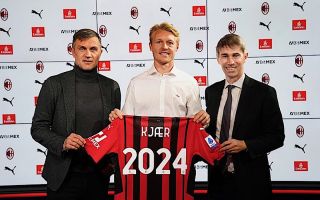