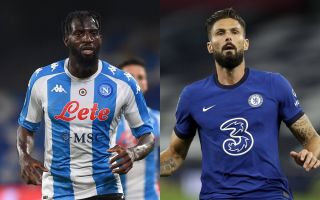 Milan have increased the number of French players in their squad recently, having brought in Mike Maignan from Lille. There are now three, including Pierre Kalulu and Theo Hernandez, but there could be more soon.

As reported by today’s edition of Gazzetta Dello Sport (via MilanNews), Milan are keen on both Tiemoue Bakayoko and Olivier Giroud. Regarding the latter, he already has an agreement with the Rossoneri, worth €4m per year for two years (option for three).

However, before closing that signing, the Frenchman will have to free himself from Chelsea so that he can arrive on a free transfer. Now that France have been knocked out of the Euros, the pursuit could be accelerated.

As for Bakayoko, Milan will have to negotiate with the Stamford Bridge side on the price tag. A loan appears complicated as Bakayoko’s contract will expire next year, but because of that the valuation shouldn’t be too high either.

The midfielder is pushing for a return to the Rossoneri, having spent the 2018/19 season on loan there. He has a successful loan spell but wasn’t redeemed due to the excessive price tag.