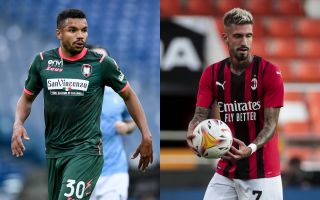 In the last few days, AC Milan have been linked with a bunch of players as there is still some time left of the transfer window. But the Rossoneri will have to act quickly in order to feel satisfied.

Last night, it emerged that Crotone winger Junior Messias is on Milan’s wish list as they want to reinforce the attacking trio. The rumours haven’t exactly been met with loads of excitement from the fans, given the status of the 30-year-old.

According to Gazzetta Dello Sport (via MilanNews), though, the Rossoneri don’t consider him a primary target this summer. Messias could be of interest to them if Samu Castillejo leaves, but only then.

The fans can be calm, therefore, but equally worried that only one week remains and there doesn’t seem to be any concrete leads in attack. That is, of course, excluding the imminent signing of Pietro Pellegri from Monaco.