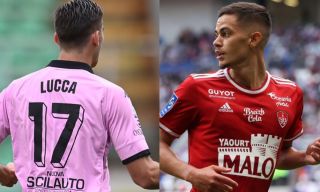 GdS: Milan expected to be buyers in January – duo targeted to reinforce the attack

AC Milan are expected to be buyers during the January transfer window and have two targets for the attacking department in their sights, a report claims.

If there is two areas in the attack where Milan have been affected worst so far this season it is the centre-forward and playmaker roles. Zlatan Ibrahimovic, Olivier Giroud and Pietro Pellegri have already missed the majority of games through injuries, while Brahim Diaz and Junior Messias’ recent absences exposed a lack of depth for the attacking midfielder position.

According to the latest from La Gazzetta dello Sport (via MilanLive), Paolo Maldini and Ricky Massara are already working on how to fix the issue. The primary objective seems to be a young striker and Serie B’s top scorer Lorenzo Lucca – who plays for league-leaders Pisa – is a target.

In addition, Romain Faivre’s name is expected to resurface. The Milan management reached an agreement with the player in the summer, and the 23-year-old will also be monitored in January.