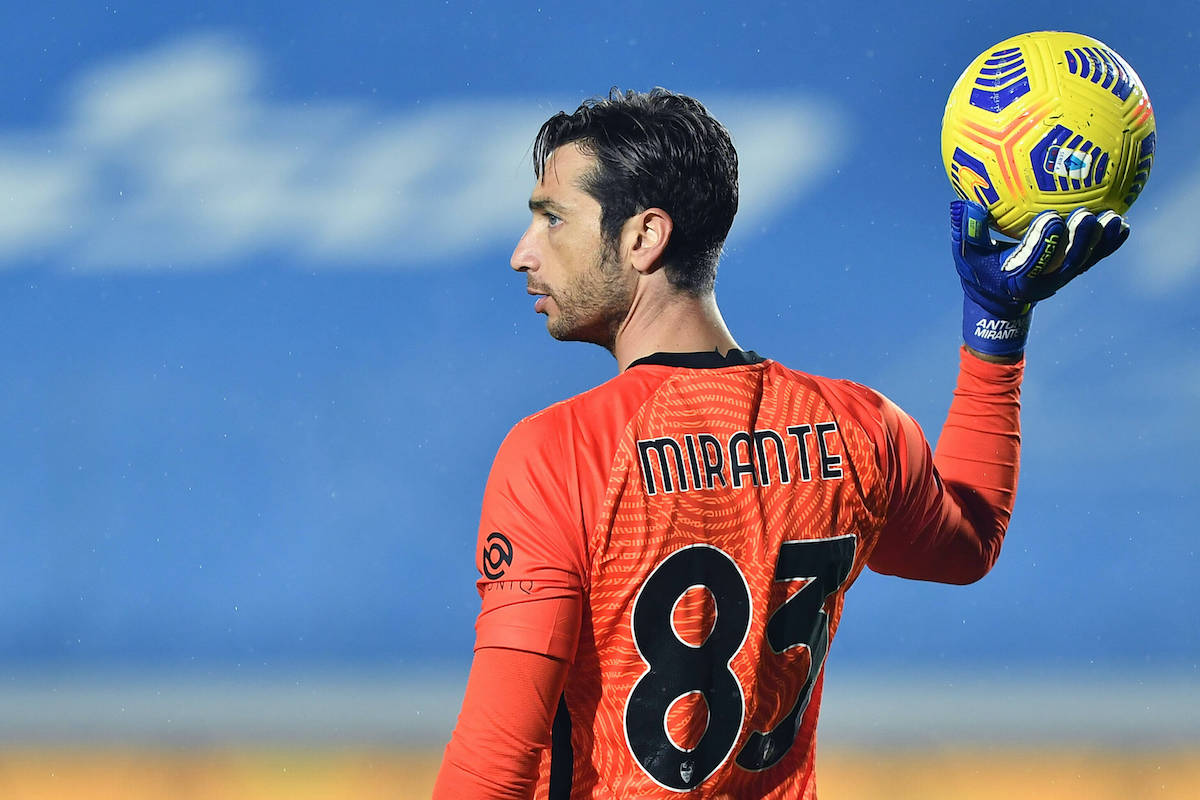 An idea has emerged regarding the position of third-choice goalkeeper at AC Milan, according to a report.

The Rossoneri addressed the role of back-up goalkeeper during the last summer window as Pepe Reina was replaced by Ciprian Tatarusanu, but there are doubts about whether Antonio Donnarumma will remain beyond the end of the season.

According to La Gazzetta dello Sport (via MilanNews), Milan have an idea regarding who could come in and be the third-choice for Milan and next year Gianluigi Donnarumma could welcome his compatriot Antonio Mirante.

The 37-year-old Serie A veteran – currently at Roma – is on an expiring contract with the Giallorossi and is very unlikely to renew. Milan, therefore, could sign him on a free transfer.

This could also be an important move regarding the future of Alessandro Plizzari, who would be free to spend another season out on loan to help his development, at least in theory.