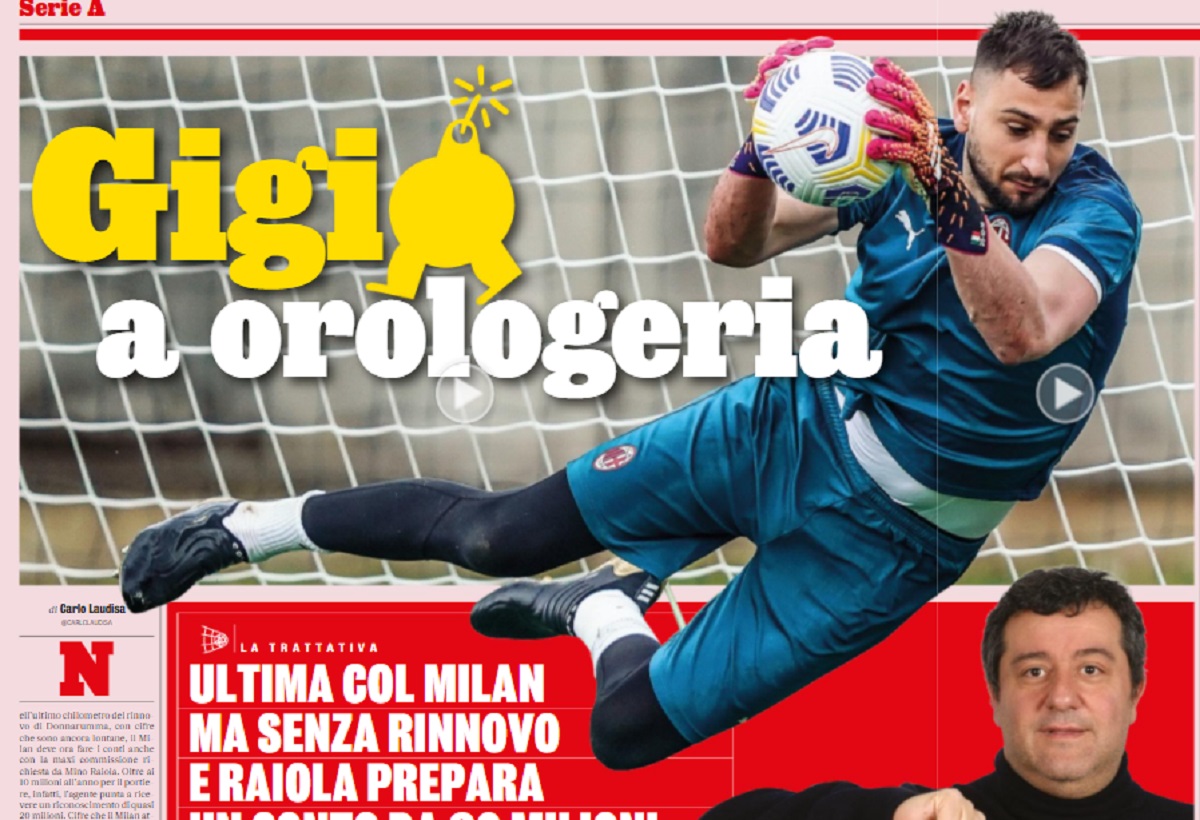 On June 30th, Gigio Donnarumma’s contract will expire with Milan and he’s yet to reach an agreement with the club for a new one. Understandably so, the Rossoneri fans are starting to get a bit worried, but also frustrated.

As reported by Gazzetta Dello Sport this morning (via MilanNews), despite the rumours linking him to other clubs, the only offer on the table is Milan’s. The latter have put €8m per year on the table, while agent Mino Raiola is asking for €10m.

And that isn’t the only obstacle for the Rossoneri, as the agent also wants a €20m commission for renewing his client. In addition to this, Paolo Maldini would like the new deal to be at least five years, while Raiola has his mind set on two years.

Then there is the inevitable discussion about a release clause, which Raiola would like to be relatively low. Milan are far from an agreement with the goalkeeper, therefore, although it isn’t dead in the water yet.