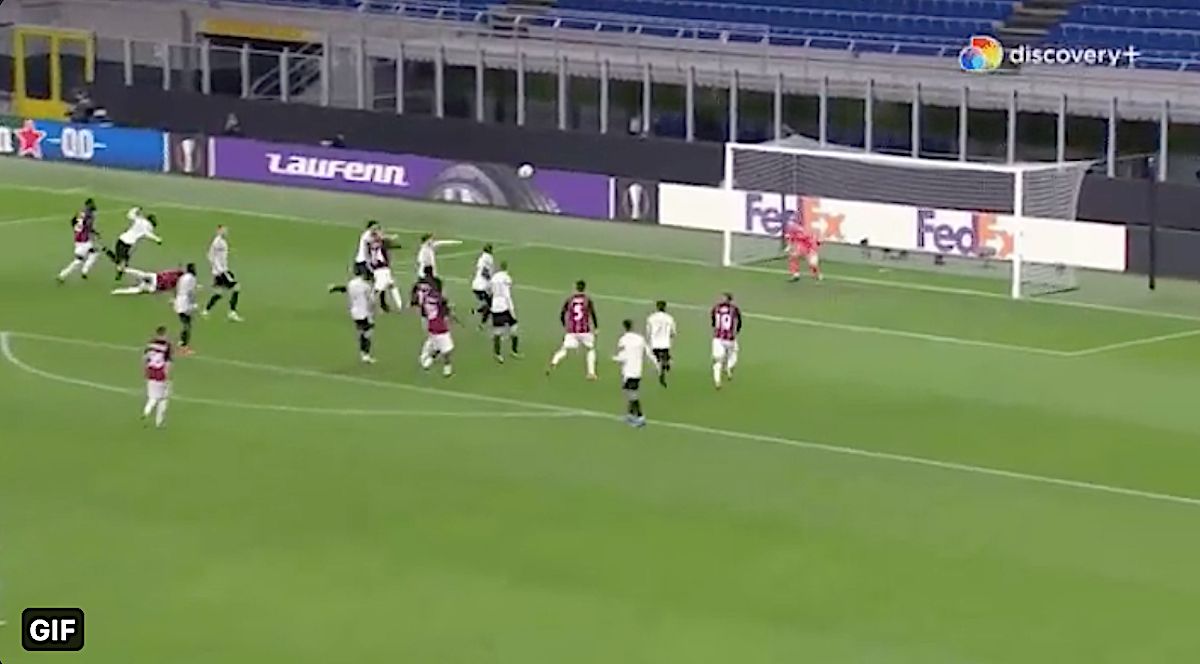 GdS: Milan had strong penalty shout against Man Utd that could have been given – watch

AC Milan could very well have had a penalty deep into added time during last night’s Europa League exit against Manchester United.

According to La Gazzetta dello Sport (via MilanNews), Milan had an appeal for a penalty last night against United in the 94th minute. A free-kick came in from Calhanoglu, and Ibrahimovic went down on the push from behind by Wan Bissaka. The English player clearly holds the Swede and then there is also a cross with his legs. It is a penalty that could absolutely be given, but not a clear and obvious error that justified an intervention by the VAR.