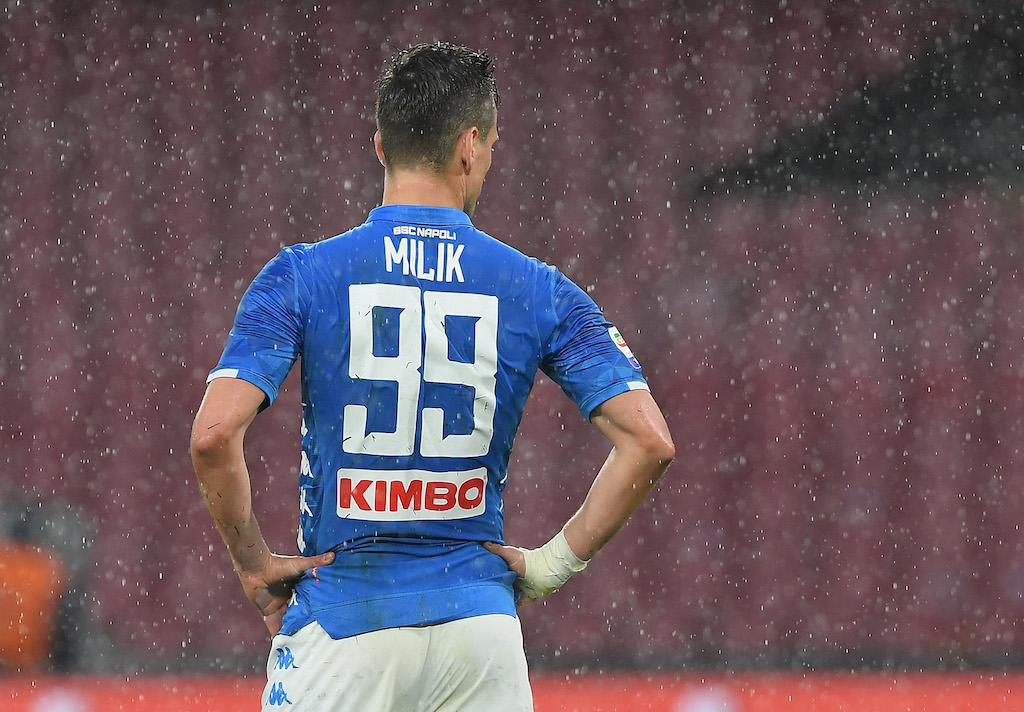 AC Milan have hatched a plan to lower the asking price for Napoli forward Arkadiusz Milik, according to a report.

As Monday’s edition of La Gazzetta dello Sport notes (via MilanLive), Milik remains the main name to replace Zlatan Ibrahimovic this summer for Milan and they are willing to offer Napoli boss Gennaro Gattuso a counterpart in the deal.

There are several tempting solutions for former Rossoneri manager as they are players who have trained for a year and a half and who he would gladly reunite with in Naples.

One stands above the rest in midfielder Frank Kessie. They newspaper claims that Milan would be willing to offer the Ivorian and a cash sum for the Polish centre-forward, who Napoli president Aurelio De Laurentiis values at €35-40million.

It is a figure deemed excessive due to the fact Milik’s deal expires in 2021, so to lower the request Elliott would seem ready to sacrifice the former Atalanta man, but a deal may be difficult as De Laurentiis would rather raise cash.