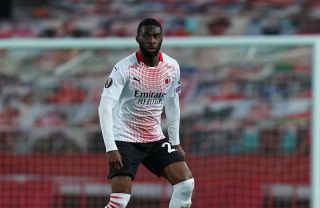 GdS: Milan have no other option but to exercise €28m clause for Chelsea loanee

Fikayo Tomori has been a huge success since he arrived from Chelsea in January, quickly cementing his spot in the starting eleven. He has added a new dimension to Milan’s defence which they don’t want to lose.

As mentioned, it certainly didn’t take long for the English centre-back to convince everyone at the club, benching none other than captain Alessio Romagnoli. That alone says a lot about how well he has done.

According to Gazzetta Dello Sport (via MilanNews), the €28m buy-out clause in his contract is looking more and more like a necessary step for Milan. In fact, Tomori’s performances have justified a significant investment in the summer.

The Rossoneri thus have no other option, as things stand, but to exercise the clause. The defender is worth more than €28m and the investment makes sense for a future perspective as well, in line with Elliott Management’s philosophy for the club.