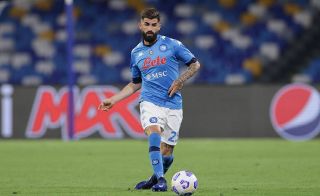 AC Milan are in the market for a new full-back this summer and have set their sights on an upcoming free agent, according to a report.

A number of sources have reported that there could be some changes to Milan’s full-back department prior to the 2021-22 season, especially if Dalot were to return to Manchester after his loan spell expires as is expected at the moment.

According to La Gazzetta dello Sport (via MilanNews), Elseid Hysaj of Napoli is a target for the Rossoneri. The Albania international his a contract which is set to expire on June 30th, but will not renew with Napoli and therefore in the summer he will be able to go wherever he wants on a free transfer.

Milan are thinking of him as a ‘wild card’ of sorts because he could function both as a deputy to Theo Hernandez and to Davide Calabria, i.e. on either flank just as Dalot functioned.