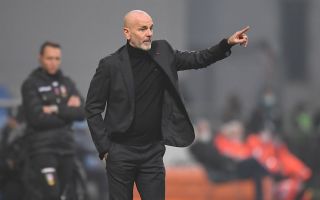 GdS: Milan in no rush to extend Pioli’s expiring deal and are expected to use option

AC Milan want to continue with head coach Stefano Pioli and are looking to extend his contract beyond the current deadline, a report claims.

This morning’s edition of La Gazzetta dello Sport (via MilanNews) writes that Pioli also has a contract with Milan which will run out next June, having signed an extension after the first lockdown when it seemed as though Ralf Rangnick would arrive to replace him.

From Casa Milan they have let it be known that there is no rush in discussing the extension of Pioli as it is a different discussion with coaches’ contracts than it is for players. Milan do not intend to let Pioli go though, so they have chosen to take advantage of the clause they have for the automatic renewal until June 2023.

If the Rossoneri continue to look formidable heading into the new year then a more concrete renewal will be discussed, perhaps for a couple of seasons and with an increase in salary from the current €2.2m net per season.

READ MORE: Milan have a different mentality and are better equipped – Scudetto is the target