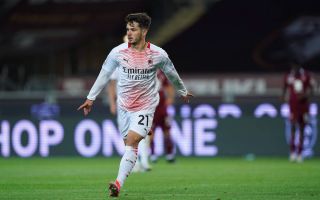 AC Milan are pushing ahead to try and sign two of their major summer targets with offers sent for both, according to a report.

This morning’s edition of La Gazzetta dello Sport (via MilanLive) writes that Milan are trying to land Brahim Diaz on a two-year loan deal with an option to buy set at €20m, but Real Madrid prefer the idea of a one-year loan with an obligation to buy. A solution will be found because of the excellent relationship between the clubs.

The Rossoneri are also in negotiations with Barcelona for Junior Firpo and Milan have offered a loan with option to buy. The final price of the full-back is still to be established but he joined Barca on a deal that could be worth €30m when bonuses are factored in (€18m fixed) but is now worth €15m.

At Milan would start as a reserve for Theo Hernandez, but it seems that the former Betis star is attracted by the possibility of moving to Italy.