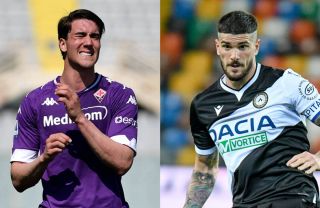 GdS: Milan keen to bolster the attack with €80m Serie A duo the main targets

AC Milan do not plan to rest on their laurels if they reach the Champions League and are targeting two big signings for the attack, a report claims.

According to La Gazzetta dello Sport (via MilanNews), Zlatan Ibrahimovic wants to take Milan back to the Champions League immediately, but if he doesn’t succeed this season he will try again next year given that he has already signed an extension.

In the meantime, the management are looking for a deputy to the Swede, a young profile who can mature alongside him and learn from him. The name at the top of the list is that of Dusan Vlahovic of Fiorentina who has 19 Serie A goals this season, but the problem however is to convince Rocco Commisso to let him leave. The current demand is €40m for the 21-year-old Serbian.

Meanwhile, Milan have already begun working to sign Rodrigo De Paul from Udinese. The Argentine attacking midfielder is very much liked by Milan, who are trying to beat Inter and Juventus by offering money plus Jens Petter Hauge to try and reach his €40m price tag.