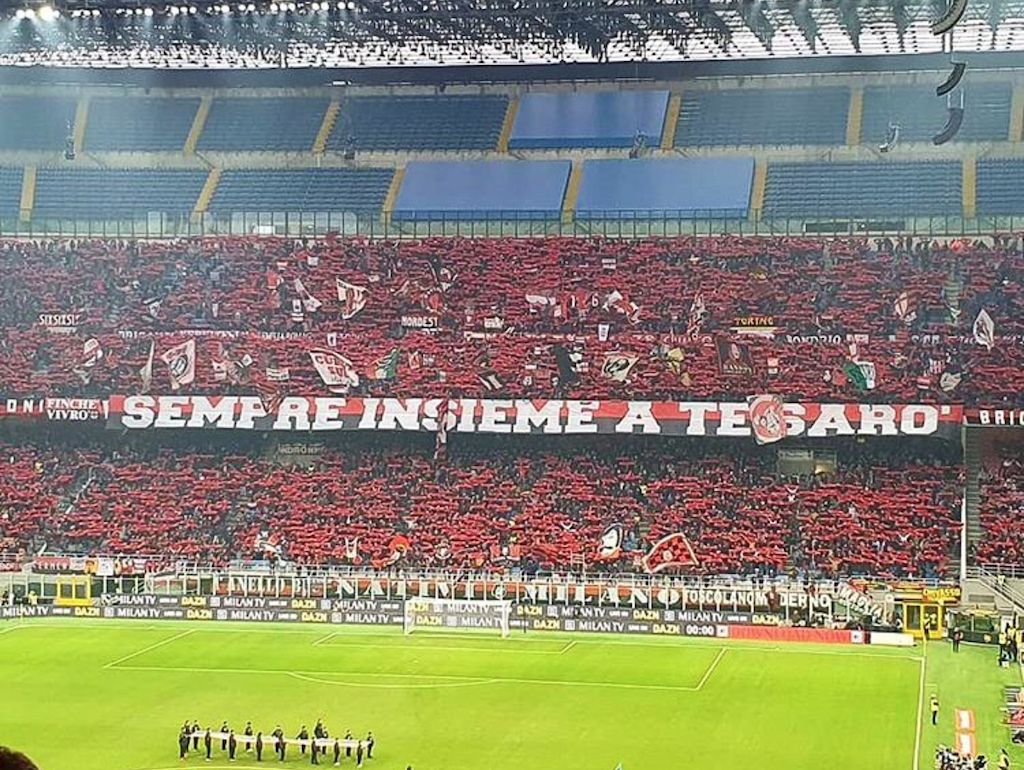 GdS: Milan-Lazio to be played in front of a sell out crowd at San Siro

AC Milan will face Lazio tonight in a mouth-watering clash early in the season, and they will reportedly do so in front of a sold out San Siro.

Il Gazzettino (via MilanNews) reported last week how Milan have the top home attendance so far in Serie A after two rounds as their home game against Cagliari tops the crowd charts with 31,946 out of the 37,961 capacity.

As reported by La Gazzetta dello Sport (via MilanNews), there will be 37,000 fans present at San Siro for tonight’s game between Stefano Pioli and Maurizio Sarri’s respective sides, which constitutes a sell out given that only 50% of fans are allowed in the ground at the moment.

The Rossoneri supporters are therefore ready to push Pioli’s team into the first big match of the season, and to try and make it as difficult as possible for the club from the capital.

READ MORE: Lazio Have Only Won Once in Last 31 Serie A Matches at San Siro vs AC Milan | The Laziali