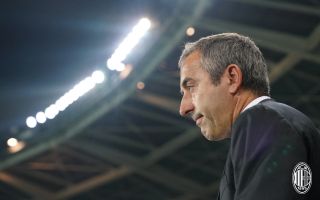 GdS: Milan leaders ‘convinced to go ahead’ with Giampaolo – the situation

The Rossoneri slipped to a third defeat in five games on Thursday night as they surrendered a lead inside the final 20 minutes to lose 2-0 to Torino.

The result has put huge pressure on Sunday’s game against Vincenzo Montella’s Fiorentina, who sit in 17th place but just one point behind Milan.

Speculation has already begun surrounding Giampaolo’s position, with il Corriere dello Sport claiming earlier on Friday that the club are considering bringing Gattuso back for a second spell as coach.

However, according to Friday’s edition of La Gazzetta dello Sport – as cited by MilanNews – Giampaolo’s position is not in question for the time being.

The paper refers to the comments of director Paolo Maldini before the game in which he compared the former Sampdoria boss’s struggles to those of Arrigo Sacchi, insisting there must be patience from the fans.

The report adds that it was filtered from the club after the game that they are ‘convinced to go ahead’ with Giampaolo and took positives from the defeat.

The Milan leaders cannot be happy with the start to the season, La Gazzetta continues, but at the same time they remain convinced that Giampaolo was the right choice and therefore they will continue to give him time and confidence.