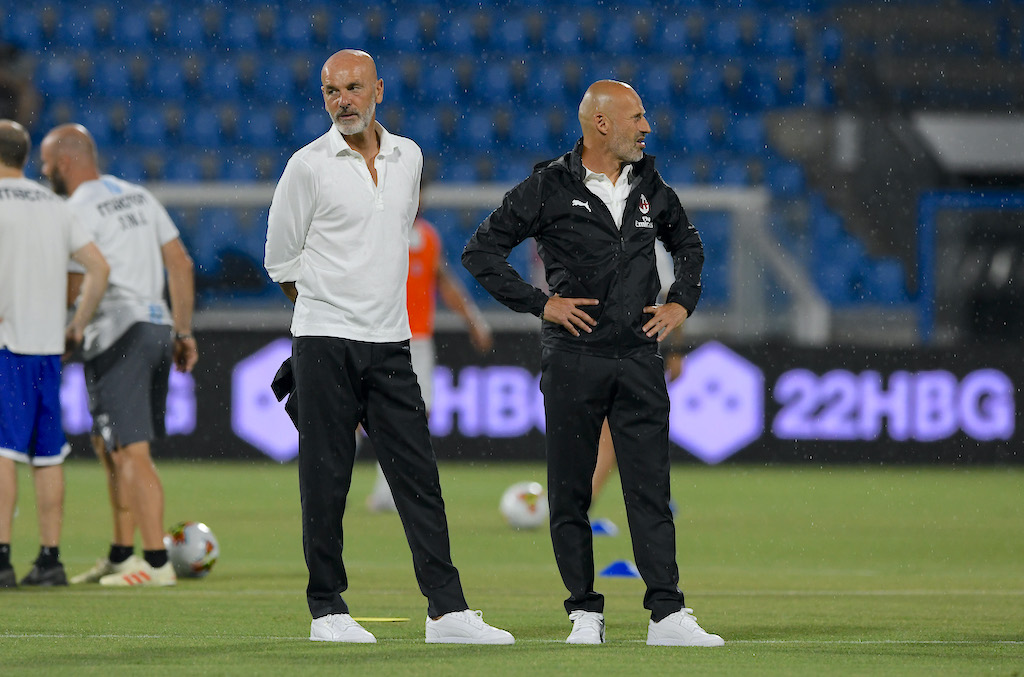 GdS: Milan left in the capable hands of Giacomo Murelli – the story of Pioli’s ‘twin’

As things stand, head coach Stefano Pioli will be forced to entrust the bench to his very trusted assistant Giacomo Murelli for the trip to Napoli.

It was confirmed on Saturday that Pioli has tested positive for Coronavirus and therefore will be forced to isolate at home, and Sunday’s edition of La Gazzetta dello Sport (via MilanLive) notes how the next few training sessions and almost certainly the Napoli match will be led by Giacomo Murelli.

Murelli has been described as Pioli’s twin due to the closeness of the pair and their somewhat similar appearance. The two have known each other since they were 16, having shared their beginnings in the world of football as well as a friendship that goes beyond sport and work.

Born in the province of Parma in 1964, Murelli began his career alongside Pioli in Parma. It was in 1984 that they separated as the latter went to Juventus, while Murelli moved to Avellino.

As a player, Murelli was often tasked with marking Maradona in the derbies between Napoli and Avellino, and he actually managed to keep him in check for the most part.

His football career continued at Padova, Bologna, Brescello and other clubs in the province, but he reunited with Pioli in 2003, when he wanted him as his assistant at Modena.

Pioli and Murelli would then stay together, embarking on experiences with Parma, Chievo, Bologna, Lazio, Inter, Fiorentina and finally Milan.

In Naples it will most likely be Murelli’s turn to lead Milan, and the closeness of he and Pioli means that the Rossoneri can rest easy.