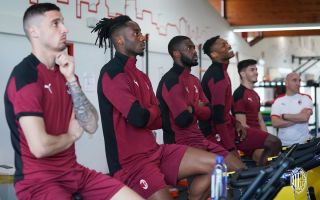 AC Milan are likely to use their option to buy Soualiho Meite outright from Torino at the end of the season, a report claims.

This morning’s edition of La Gazzetta dello Sport (via MilanLive) writes about the future of Milan’s midfield department, confirming the rather obvious news that Franck Kessie and Ismael Bennacer are untouchable even if the Ivorian will have to renew his contract expiring in June 2022.

There are also zero doubts about the future of Sandro Tonali as he will be permanently purchased by Milan for €15m after €10m was shelled out for the loan, with significant growth expected from the Italy international.

Rade Krunic could leave the club for €7-8m despite the fact he is a ‘wild card’ of sorts who has often been useful for Pioli in various roles, but the Bosnia international wants more playing time. In addition, the paper reports that Soualiho Meite is likely to be bought outright by the Rossoneri.

READ MORE: Calabria’s recovery well ahead of schedule – when the full-back could return