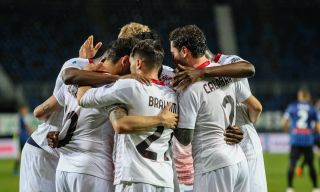 AC Milan completed their main test of maturity with a fantastic 2-0 win over Atalanta on Sunday night, according to La Gazzetta dello Sport.

Franck Kessie scored twice from the penalty spot to fire the Rossoneri to not only a top four spot but also a second-placed finish by virtue of leapfrogging Atalanta. It will be Milan’s first Champions League participation since the 2013-14 season, and it was fully earned after a season with 37 of 38 rounds spent in the top four.

According to today’s edition of the paper (via MilanNews), yesterday’s game in Bergamo proved that the Rossoneri are now a complete group as they emerged victorious in the definitive test of maturity of the young team. To make the situation more complicated, news came in that Juventus were coasting to a win and Napoli took the lead early in the second half, but Milan did not panic and took care of their own business.

READ MORE: Milan set to work on key renewals – the latest on Donnarumma and Calhanoglu