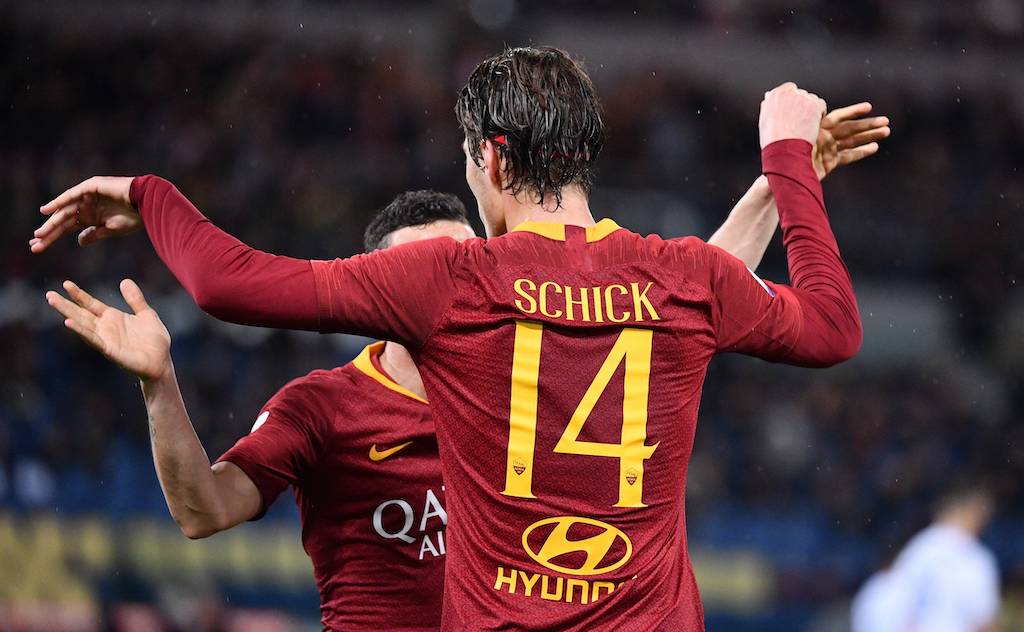 AC Milan have already made an offer for Roma striker Patrik Schick and the player wants to return to Italy, according to a report.

The Czech international has been heavily linked with a move to Milan over the past few weeks with RB Leipzig – where he was on loan last season and scored 10 Bundesliga goals – seemingly not prepared to exercise their €28m option to buy and make his move permanent.

According La Gazzetta dello Sport (via MilanNews), Milan have already spoken with Roma and have made an insufficient bid of about €20million for Schick.

The striker for his part would welcome a possible return to Serie A especially given that he would be working under Ralf Rangnick, the man who helped him settle in at RB Leipzig.

Even the salary he earns is within Milan’s parameters, so now the Giallorossi will have to decide what to do with their attack as Edin Dzeko’s exit could mean they keep the former Sampdoria man.