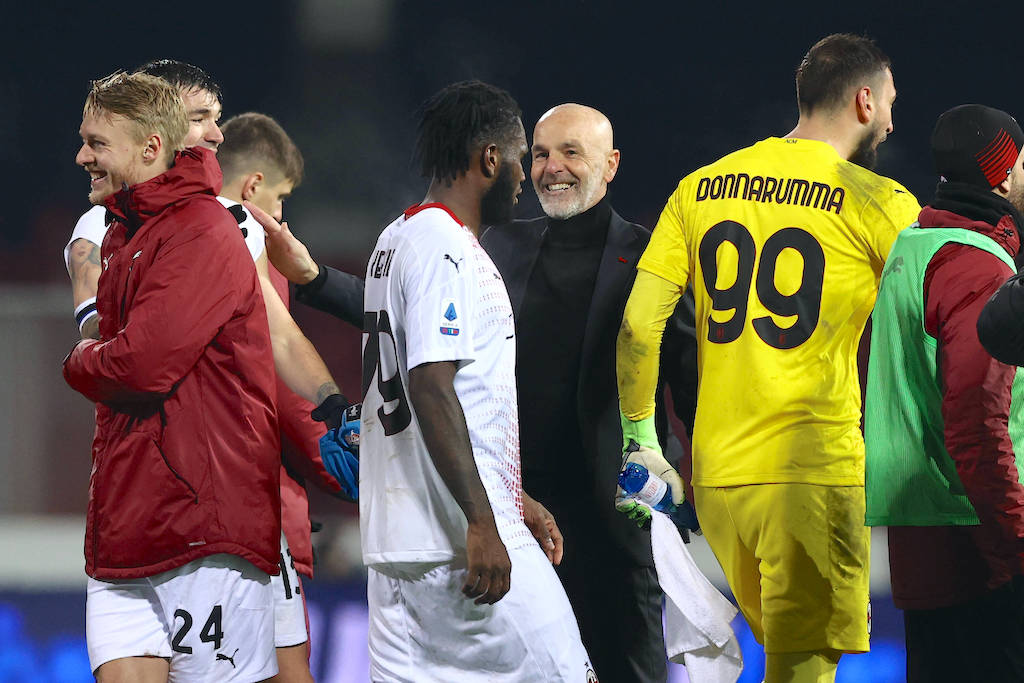 GdS: Milan player ratings for Benevento win – trio picked out for praise; Tonali ‘not there yet’

A positive performance and a 2-0 win in a real battle against Benevento produced some excellent ratings for Milan from La Gazzetta dello Sport.

The paper (via PianetaMilan) gives Franck Kessié a score of 7 out of 10, as he dominated the midfield and ‘looks a bit like the Bud Spencer of some movies’, also scoring a penalty. Gianluigi Donnarumma, Simon Kjaer and Rafael Leao all got the same score for their contributions including vital stops from the former pair and a crucial goal from the latter.

Captain Alessio Romagnoli got a 6.5 and it was the same for Hakan Çalhanoğlu, who hit the post. Davide Calabria, Diogo Dalot, Brahim Díaz, Ante Rebić and the substitutes Rade Krunić and Samu Castillejo all got a 6. Andrea Conti was N/A.

Finally we come to Sandro Tonali who scored a 4 out of 10, with the following comment: “He is not there yet and not only because of the sending off. Tonali does not find the coordinates, the route, the times and the ways. He does not light up the game and he does not obscure others.”