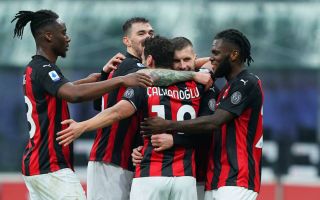 GdS: Milan player ratings for Crotone win – one sour note but 10 players all get praise

Zlatan Ibrahimovic received a great deal of praise from La Gazzetta dello Sport for his performance in the win over Crotone.

The paper have given their player ratings this morning (via PM) after a 4-0 victory which saw the Swede net a brace and Ante Rebic get a double of his own inside 70 seconds.

Ibrahimovic got a score of 8 out of 10 as he continues to rack up records and is increasingly important and awe-inspiring to his team-mates. He has reduced mobility, but it seems his movement and positioning is getting better as a result.

Ante Rebić got 7.5 for the clinical nature of his display, especially in the second half, while the ‘turbodiesel’ Theo Hernández got a 7. Hakan Çalhanoğlu got the same score as he came off the bench and got two assists very quickly.

Gianluigi Donnarumma got a 6.5 as he made an excellent save on Ounas’s shot, Davide Calabria got the same and Fikayo Tomori did too.

Soualiho Meïte got a 6.5 with ‘obvious improvements compared to his first bad appearances with the Rossoneri’ as did Franck Kessié and Rafael Leão in the playmaker position.

Captain Alessio Romagnoli got a 6 as did Samu Castillejo who was ‘better than Saelemaekers, but without getting excited’. The Belgian got a 5, judged the only sore point of the afternoon.