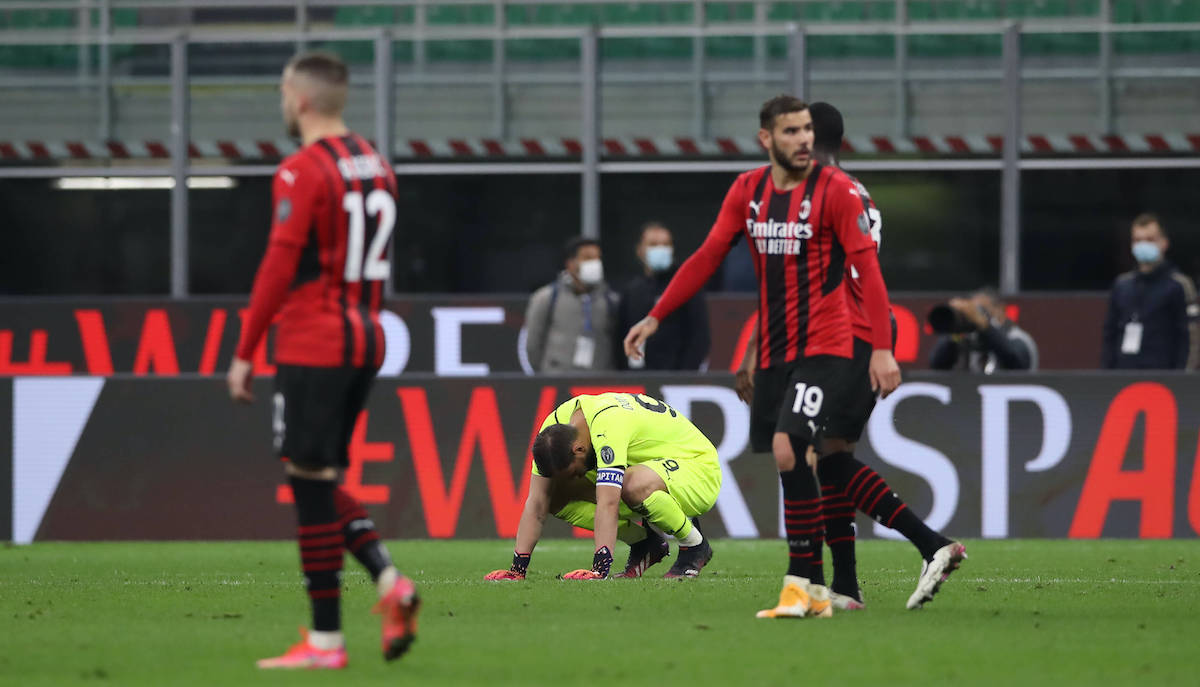 La Gazzetta dello Sport were understandably critical of AC Milan’s players after their performance in the 0-0 draw against Cagliari last night.

In their player ratings, the paper gave Gianluigi Donnarumma the title of man of the match for the Rossoneri as he scored a 7.5 out of 10 with his saves on Pavoletti and Godin in particular highlights as being world class.

Davide Calabria got a 6 out of 10 as he was withdrawn in the second half looking a bit tired, while the centre-backs Kjaer and Tomori each got a 6.5 for their effort in a clean sheet. Theo Hernandez got a 5, with a rather critical comment: “With that physicality, he could dig tunnels in Semplici’s defense, instead he adjusts to the slow pace of his teammates for an hour.”

Bennacer got a 6 out of 10 for ‘nothing memorable’ while Kessie also got the same score. Saelemaekers received a 5.5 as it was ‘not his evening’ and he was rightly withdrawn at half-time, while Brahim Diaz got a five: “Starts well, then disappears, sucked into the whirlwind of white shirts that clog the attack.”

Calhanoglu got a 4.5 but was not the worse as he was ‘the most mobile’ but ‘more was needed’. Ante Rebic meanwhile was awarded worst on the pitch with a 4.5: “He likes to move as an advanced playmaker, but that’s not what Milan needed yesterday. He is not a centre-forward, the awkward header with which he cancels a good cross in the second half is the manifesto of his night.”

Substitutes Castillejo and Dalot each got a 6 out of 10, while Meite and the coach Pioli got a 5: “Did you choose the best formation? On paper yes, for 10/11 it is that of Turin. But the little arm syndrome has taken over. Deserted area: the Mandzukic card had to be played first.”