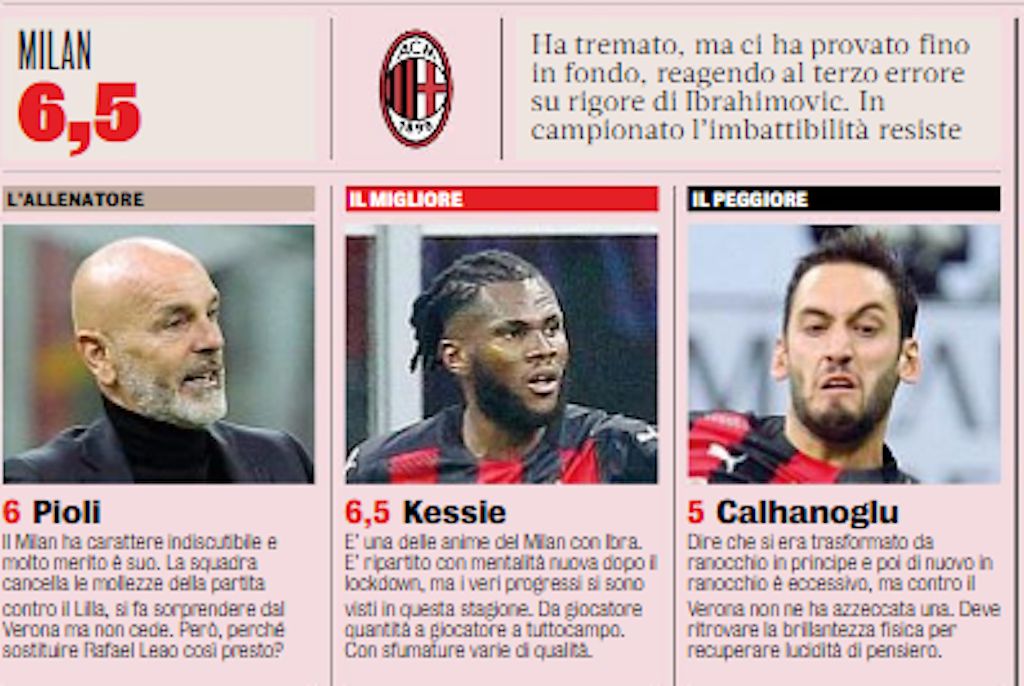 Franck Kessie was awarded the title of the best player on the pitch for AC Milan during their 2-2 draw with Hellas Verona on Sunday.

Milan left it late on Sunday night at San Siro as they battled back from two goals down to earn a 2-2 draw against Hellas Verona, with Zlatan Ibrahimovic scoring a 93rd minute equaliser after missing a penalty earlier in the game.

According to the paper, Kessie was the best Milan player as he was scored a 6.5 out of 10 for having a big hand in the Rossoneri’s opening goal and for physically dominating in midfield.

A 6.5 was given to Ibrahimovic and Rafael Leao too, who were both constant dangers for the defense of Verona, and the Swede did well to dust off his earlier disappointment in order to score so late.

Gianluigi Donnarumma got a 6 out of 10 as he couldn’t do much for the two Hellas goals but saved well from Kalinic. Ditto for Calabria and Gabbia, who held up well despite the general difficulties of the team.

Saelemaekers also got a 6 after creating the first goal, while Rebic also got the same mark after coming on at half time and causing problems down the left.

Theo Hernandez got a 5.5, after missing two one-on-one chances and looking a bit lacklustre in the defensive phase, while a 5 was given to Bennacer and Calhanoglu.