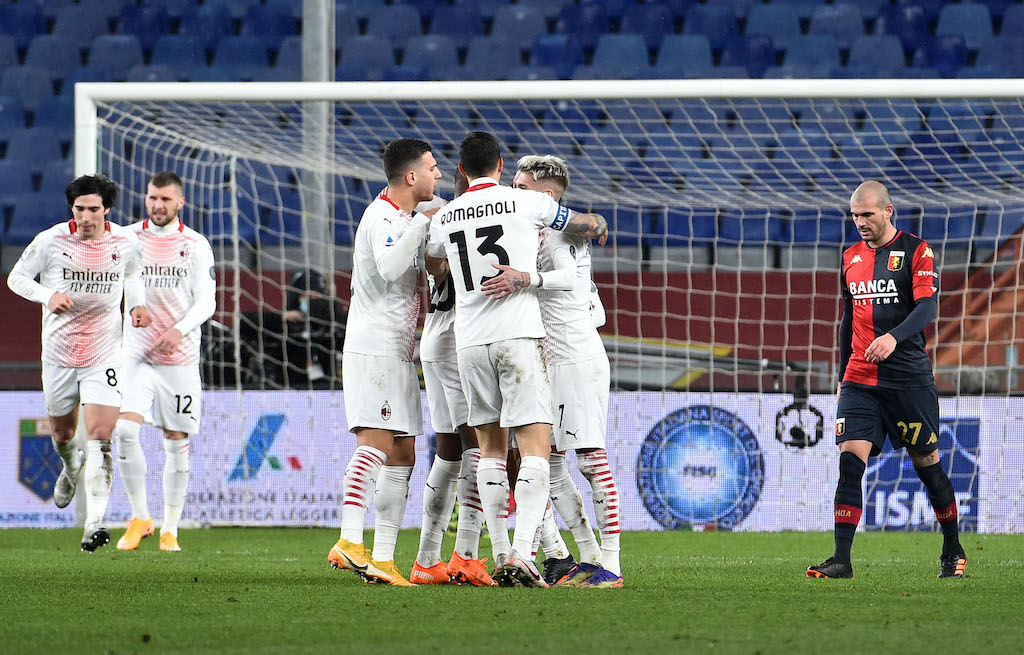 It was a real mixed bag of scores for AC Milan in La Gazzetta dello Sport’s player ratings from the 2-2 draw with Genoa last night.

The paper (via MilanLive) believe that Gianluigi Donnarumma was the best Milan player as he scored a 7 out of 10. There was nothing he could do about Destro’s brace and he saved his team with a super stop to deny Scamacca in the dying minutes.

It was a 6.5 for Davide Calabria, scorer of the 1-1 goal and an overall positive performance, while Hakan Calhanoglu got the same.

Pierre Kalulu and Alessio Romagnoli both got a 6 as they were distracted on Destro’s goals but were able to redeem themselves. The former Lyon man scored the second goal after an assist from the captain’s header.

It was a grade of 6 also for Samuel Castillejo for his application, even if in reality in the offensive phase he did not combine much. Same mark for Jens Petter Hauge (close to a goal) and Alexis Saelemaekers (tried to give more intensity).

The midfield did not convince as Sandro Tonali and Franck Kessie got 5.5 each. Then the criticisms start to poor in as Diogo Dalot and Ante Rebic got 5s, the former hardly ever showed up in the attacking phase and suffered a bit defensively, while the Croatian was denied a sensational goal after a solo run but aside from that was very wasteful.

Rafael Leao (4.5) had a game to forget both as a winger and as a centre-forward.