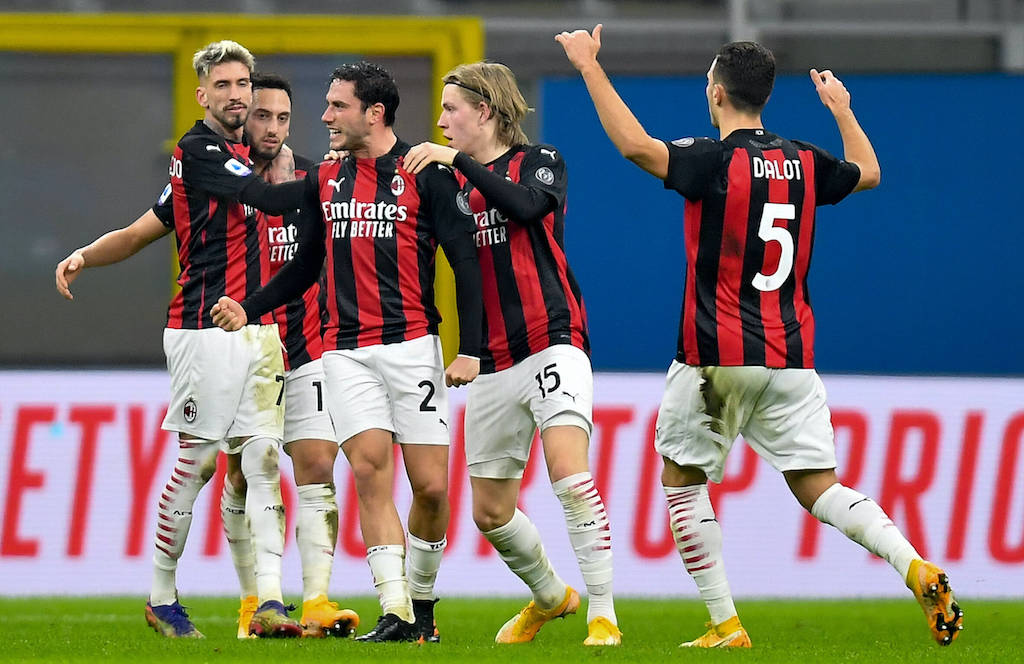 As is perhaps to be expected after a game like the one we saw, Milan’s players have drawn mixed ratings from La Gazzetta dello Sport from the defeat to Juventus.

As PianetaMilan reports, the paper gave the highest mark to Rafael Leão as he earned a 7 out of 10 largely due to his first half performance in which he sowed panic, set up the goal and covered the entire final third as a centre-forward.

Four players got a vote 6.5 , namely Gigio Donnarumma who was not at fault for any of the goals due to the surgical shooting of Chiesa and McKennie’s effort being from such close range.

Davide Calabria got the same grade and drew a comparison with Joshua Kimmich of Bayern for his shift into midfield, while Franck Kessié also put in a fantastic shift. Hakan Çalhanoğlu got a 6.5 too, with the paper commenting how Juve are missing a play orchestrator like him.

Simon Kjaer got a 6, as did Brahim Díaz who should have won a penalty for his team. Jens Petter Hauge got a rating of 5.5 as he seemed ‘shy and out of the game’.

Diogo Dalot got a 5 for also being ‘too shy’ while Theo Hernández got the same for struggling to contain Chiesa all game, and Samu Castillejo was ‘never dangerous’.

Alessio Romagnoli got a 5 too as he ‘seemed a little soft on Dybala’s backheel and even worse on Kulusevski’s entry’. Stefano Pioli got a 6 as his team played well despite a very difficult situation.

READ MORE: Our player ratings from the Juventus game as Calabria shines