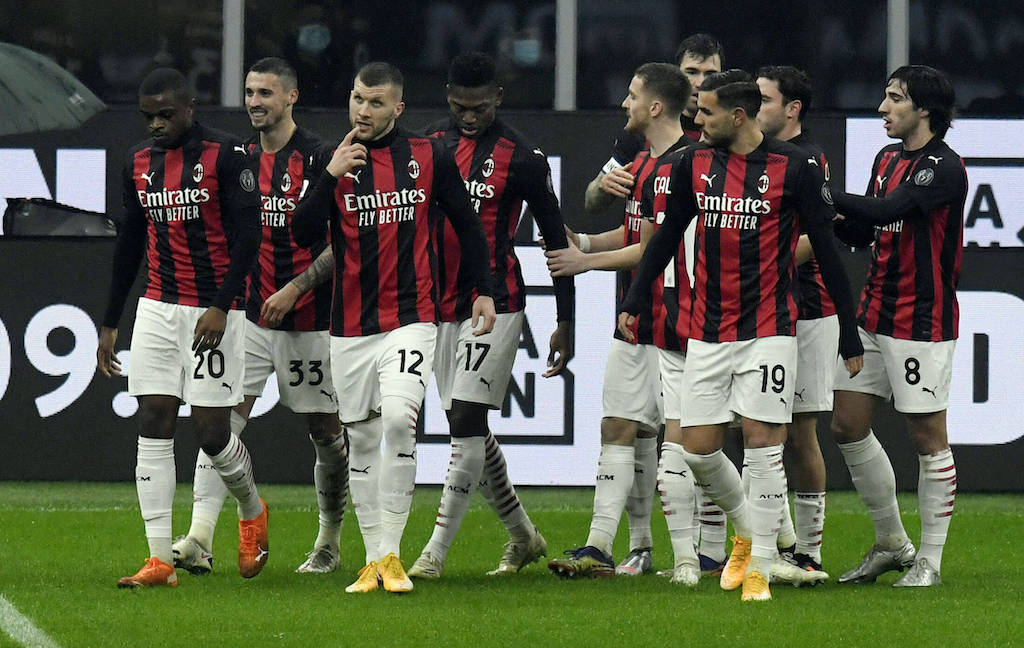 Theo Hernandez and Hakan Calhanoglu were once again the stars of the show during Milan’s dramatic 3-2 win over Lazio.

That is according to La Gazzetta dello Sport’s player ratings (via MilanLive), which awards Theo Hernandez a 7.5 out of 10 and names him as the best player on the field. It is a great patch of form for the former Real Madrid man, who scored the winner and was the author of an excellent performance in general.

Calhanoglu also got a 7.5 as he scored from the spot to net his first league goal of the season, but then also provided two excellent corners to assist Rebic and Theo.

Donnarumma got a 7 for a prodigious save on Immobile’s penalty, but Luis Alberto thwarted the feat by scoring the header on the rebound. Even Rebic got a 7, playing well in his natural role as a left winger and netting his first goal of the season, but he did miss two chances.

It was a 6.5 for Romagnoli, careful and calm in defence, while Saelemaekers got the same. Right-back Davide Calabria was awarded 6 as he struggled against Marusic at times.

Tonali and Krunic both got a 5.5 and struggled, as they could not replicate the motions of  Bennacer and Kessie. It was a 5.5 also to Rafael Leao, who after the good performance against Sassuolo provides a lacklustre one against Lazio.