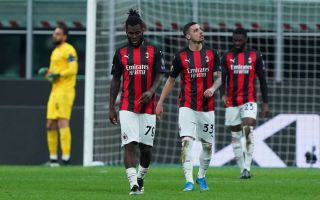 Not many players came out of last night’s game between AC Milan and Manchester United with high scores in La Gazzetta dello Sport’s player ratings.

The paper (via MilanLive) gave Hakan Calhanoglu the title of worst player on the field and a score of 5 out of 10 as he was ‘colourless in passing, and guilty of not having used two golden opportunities in the first 45’.

Soualiho Meite also got a 5, mainly for his failure to clear the ball before Paul Pogba’s goal, otherwise his game was not negative but that mistake was decisive. A 5.5 was given to Samuel Castillejo, used as a centre-forward and showing plenty of endeavour without actually effecting to game much.

Fikayo Tomori and Alexis Saelemaekers got a 6.5 for their performances, with the Chelsea defender in particular showing once again that his €28m price tag appears to be a snip, while his Belgian team-mate was the most dangerous player going forward.